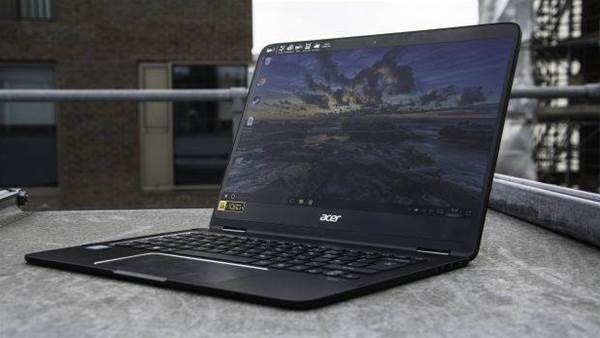 Acer’s new convertible is among the lightest 14in laptops we've seen, but there are compromises.

Acer has been attempting to raise its profile as a maker of business-grade hardware in recent years, with a series of notebooks aiming to take on higher-priced devices like the Apple MacBook and Dell XPS ranges.

The flagship of its convertible laptop line, the Acer Spin 7 aims to cement Acer's position as a contender in the realms of high-end hybrids – but can it match its established rivals?

We were immediately taken with the Spin 7's design. With the lid closed, the all-metal chassis is only 11mm thick, and the clean lines and understated, minimalist aesthetic go together to create a striking-looking device. Sadly, our positive feelings quickly began to fade away once we actually started using it. 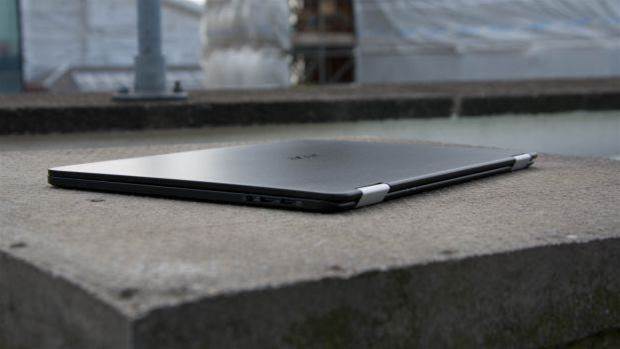 The 360-degree hinge was the first flaw – on our review unit, it simply wasn’t stiff enough to hold the display firmly in place. When we flipped the Spin 7 into tent mode, it felt like it was in constant danger of falling over. Worse still, it even wobbled slightly back and forth when typing in laptop mode.

At 1.2kg, it's among the lightest 14in notebooks we've seen. This feat is even more impressive when you consider that it's a touchscreen model too, as this generally adds a couple hundred grams to the weight. However, while it is undeniably light for a 14in laptop, the Spin 7 is too heavy to comfortably use as a handheld tablet – like many convertible 2-in-1s, it's a much better laptop than it is a tablet.

It's tough not to like the Spin just a little, though. The gorgeous looks get it off to a good start, and it's all the better for marrying that handsome figure with a rather nice keyboard and trackpad. Despite the thin base, the chiclet keys have just enough travel and responsiveness to feel good under the finger, and the ultra-wide trackpad is great – multi-touch gestures such as swiping between open programs are an absolute breeze. 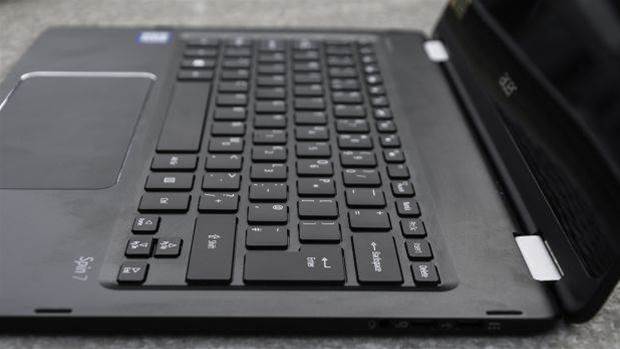 However, the Spin 7 does lose points for having no keyboard backlighting. This should be an essential feature by now and the fact that Acer has neglected to include it feels like a missed opportunity, especially for this kind of money.

At first glance, the Spin 7 sounds like a good performer: in addition to 8GB of DDR3 RAM, a shiny sticker on the chassis proudly proclaimed that it's fitted with a seventh-generation (“Kaby Lake”) Core i7 processor.

However, on closer inspection, we discovered that the Spin 7 uses one of Intel's Y-series chips. In other words, it's a rebranded Core m7 processor, which explains its relatively unimpressive results in the more demanding parts of our benchmark tests.

While it acquitted itself capably in our image-editing benchmarks, it seriously underperformed in the video-editing and multitasking tests, compared to laptops with fully fledged Intel Core i5 and i7 mobile processors.

Compared to laptops with Core m7 chips, however, the Spin 7's results were very respectable – and it even outperformed Apple's 12in MacBook. 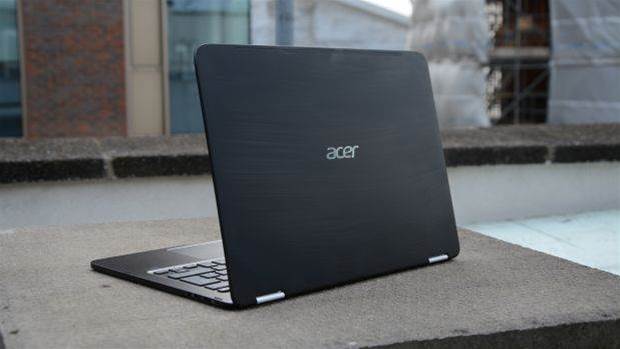 Just bear in mind the thermal design power (TDP) talents of Intel’s Y-series and Core m processors come with a compromise: performance. If processing power is what you're after, you're better off looking for a fully fledged Core i5 or i7 – and even sixth-generation versions of these chips will be significantly faster.

On the other hand, the Y-series chip has allowed Acer to pare the Spin 7 down to a sliver. Indeed, one of the keys to the Spin 7's slenderness is that it's forgone fans completely. The silence is welcome, but despite the power-efficient processor, the chassis does tend to heat up noticeably even under light use. Push it harder with heavyweight applications, and it gets uncomfortably hot. According to our measurements, the temperature of the area just above the keyboard hit almost 50 degrees, even with a relatively minor load on the processor.

As you'd expect with a chassis this pared-down, there's hardly any room for ports on the Spin 7. You're left with just two USB Type-C slots, which is an acceptable number, although more would be welcome - especially given that you'll need to use one when charging the unit.

Things start to look up when we get to the 14in Full HD display, which is really rather good. As it covers 95.3% of the sRGB colour spectrum, colours are vibrant and natural, and the maximum brightness of 321cd/m2 means that legibility shouldn't be a problem even on sunny days. Contrast is great too, which helps to eke out plenty of detail from the darkest shadows to the brightest highlights. The glossy screen finish does mean that glare could prove an issue under harsh fluorescent lighting, though. 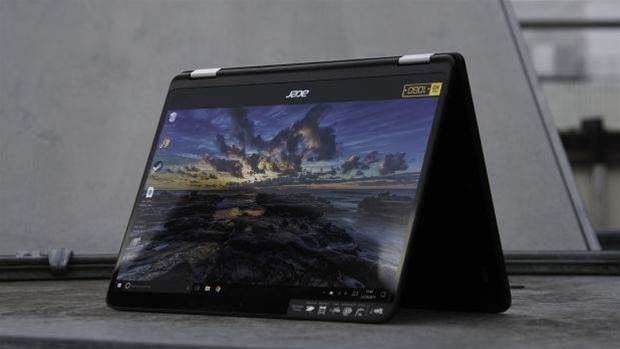 The decision to stick with a 1080p panel over a more impressive QHD or 4K resolution helps to extend the battery life, and it's clearly a necessary compromise. Although the Spin 7's score of 6 hours 57 minutes in our battery tests is firmly respectable for a notebook this thin, a higher resolution would unquestionably have shaved this down by at least a couple of hours.

If an ultra high-definition display is a sticking point, however, higher resolution displays can be found in rival machines at the expense of processing power and touchscreen functionality.

The Acer Spin 7 gets an awful lot right; it's lovely to look at, the trackpad is a joy to use, and it's one of the thinnest convertibles we've ever seen. However, it's a machine that is built on compromise: performance and build quality.

Hopefully, the disastrous hinge was just an issue with our review unit, but it’s definitely something you should check out thoroughly yourself if you’re tempted to buy the Spin 7.

At the same time, its $1,999 price tag puts it in the same ballpark as the 12in MacBook, Dell XPS 13 and the Surface Pro 4, all of which are more refined machines – and the XPS 13 in particular offering substantially better performance.