Magic, eh? What Apple is on about we have no idea. Keyboard, mice and touchpads are about the least magical parts of our daily existence. However, Apple’s accessories are pretty special.

The Magic Trackpad 2 is the same as it was last time out, but that's no bad thing. It has the air of a Philippe Starck-designed door wedge and is more expensive than ever at $179. If you’d rather have your magic in Touchpad rather than mouse form, you can swap it for $70 when you buy it with your iMac. Want both a mouse and a trackpad? Then that’ll be a further $179.

It’s still a wonderful thing, though, with a 30% larger touch surface than its predecessor and Force Touch providing that extra layer of luxury. Powered-off, it’s a large slab of cold, unclicky frosted glass, but flick the switch and it provides all the handy Force Touch functionality and gesture-controlled loveliness we’ve come to expect from my MacBook Pro. Touchpads on a desktop might sound like a rubbish idea, but Apple really makes it work – flicking between multiple desktops and whizzing up Mission Control is super, super fast and instinctive. Plug it in, use it, and – trust us – you’ll miss it when it’s gone. The coolest feature? Oh, Silent Clicking. Enable this in the control panel and the high-pitched click disappears, leaving only the low-frequency thump to be felt through your fingertip. For those who value silence above all else, it’s a great party trick.

It’s harder to get excited about the Magic Keyboard 2. It’s quite flat, which is due entirely to the removal of the AA battery compartment from the old Magic Keyboard, so depending on how you like your keyboard to be angled, this may not be your bag at all. However, there is at long last an extended version of the keyboard with a numeric pad stuck on the side. Yours for another $40.

Whichever model you choose, though, it's as nice to type on as the previous model. The function keys along the top are now all full-sized, and the left and right cursor keys have grown slightly.

What about the Magic Mouse 2. It’s a mouse. It’s wireless. It moves cursors all day, every day. It’s comfy to use, and although there still aren’t discrete left and right buttons, it works so predictably that there may as well be. 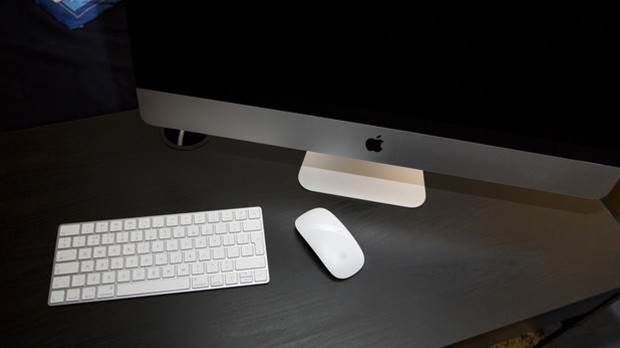 The AA batteries of the original have been flung out in favour of a lithium-ion battery that charges via – yup, you guessed it – a Lightning cable. It’s bundled with the iMac for free. It really isn’t desperately exciting. And if, like me, you really do like games, it’s not the greatest choice. A cheaper USB gaming mouse would make a much better bet. However, it is very, very nice to look at.

One thing annoying about the iMac is the positioning of the ports – they’re all hidden around the right-hand rear of the iMac, so plugging in a USB device involves far too much getting up and leaning around the screen. If you do a lot of that, you might want to get yourself a USB hub.

Still, once you have got up and peered awkwardly around the back of the iMac, there’s all the stuff you’d hope for and more. Four USB 3, one Gigabit Ethernet, an SD card reader and a headphone output that, alas, no longer doubles as an optical digital audio out. A small but annoying step backwards.

There are a couple of new ports here, too, with a pair of Thunderbolt 3 USB Type-C ports supplanting the Thunderbolt 2 ports of old, doubling potential data transfers from 20Gbits/sec to 40Gbits/sec and opening the way for external graphics acceleration once MacOS High Sierra arrives later in the year. Factor in 802.11ac and Bluetooth 4 wireless networking stuff and the iMac hits all the right notes. You can even whip off a panel at the rear and add more RAM. There are four slots, with two occupied as standard and you should be able to add up to 64GB.

The physical design, as we mentioned at the start, hasn’t changed a jot since 2014, and that’s because it’s already ridiculously good looking.

In fact, we only have a couple of gripes with the iMac. The first is that there’s no height adjustability – you can only tilt the iMac back and forth. And, let’s be honest, sticking a pile of books under your brand-new iMac is hardly the done thing. The second is the 27mm-wide bezels surrounding the screen. In 2017 these are starting to look a little, well, fat.

Other than this, the 2017 27in 5K iMac is every bit the classic introduced back in 2014 and with the iMac Pro due to arrive later in the year, Apple shows no signs of killing it off or subjecting it to significant overhaul just yet.

So let’s keep this brief: the Apple 27-inch iMac with Retina 5K display is still fantastic. But which one should you get? That depends on your budget. 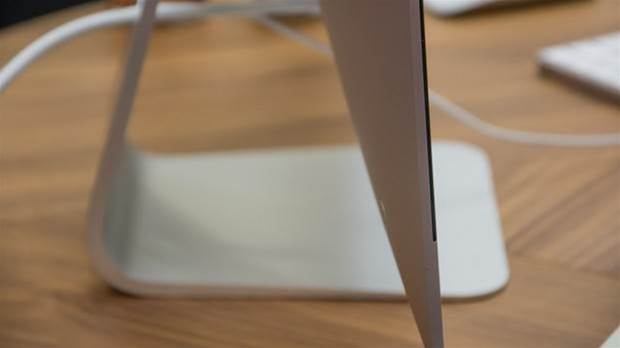 The truth is even the affordable base-model iMac is perfectly fine for most uses, now that it’s no longer hobbled by a non-Fusion Drive HDD. And while you could never call $2,699 cheap, it is very good value for money. A display of this quality would set you back well over a grand on its own, it wouldn’t look anywhere near as pretty, and it wouldn’t come with a fast, capable, fully functioning computer built in.

If you’re worried about future proofing, that’s less of concern with Mac OS High Sierra set to offer support for external graphics acceleration. With a breakout box and the right graphics card, you should be able to upgrade your graphics performance, giving you more time to save up for your next iMac.

Sure, you could build a faster desktop PC and make do with a 4K monitor, but as with most Macs, the sum is greater than the new parts – and those parts of the new iMac are very good.