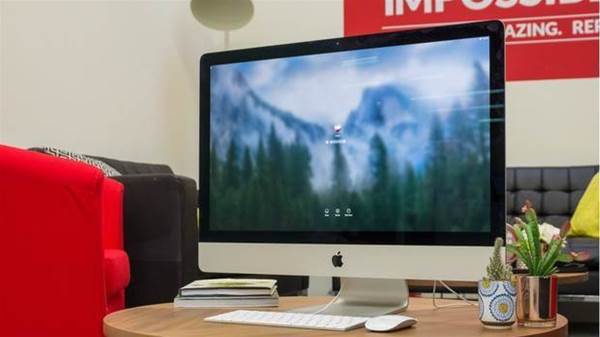 Apple's latest 27in all-in-one with 5K screen might look the same as last year's model, but inside is another story.

Any other manufacturer would have been accused of flogging a dead horse by now. Another year has rolled by without a significant change to the design of the iMac and, by the looks of things, Apple fans will have to wait at least another year until that happens.

Is that a serious problem? No. If there’s one thing you need to know about the new iMac, it remains the best-looking all-in-one computer ever made.

And while the design may have remained the same for three years, the specifications certainly haven’t. This is the second generation iMac with a 5K (5120 x 2880-pixel resolution) screen – and there are still very few 5K monitors that you can go out and buy.

The Retina display on the original 5K model was already superb, yet the despite the lack of competition in this type of display, Apple has gone and improved the display yet again. It’s boosted maximum brightness by a claimed 43% to build on what was already a stunning screen. Like the previous model, the new 5K iMac is capable of producing not just the sRGB colour space with incredible accuracy, but also the wider DCI-P3 colour gamut.

Forget about the geeky intricacies for a moment, though, and you can summarise the iMac’s display like this: it’s bright, insanely crisp and whether you’re dabbling in Photoshop, Final Cut Pro or just shooting everything in sight in BioShock Infinite, it looks stupendous. Black is really very black; white is very, very white. We simply haven’t seen many better displays than you’ll find here, and for most people, it’s the pinnacle of display performance. 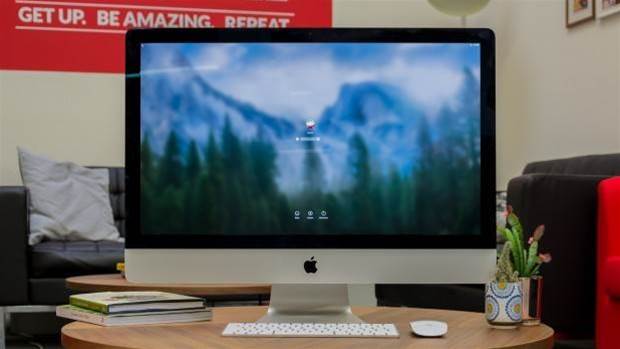 Let’s introduce some numbers to back this up. Our X-Rite i1Display Pro colorimeter is a harsh mistress, capable of revealing the shortcomings that all but the best-trained eyes would struggle to see, but the Retina display puts up quite the fight. Brightness rises from a slightly silly 466cd/m² to an even more outlandish 527cd/m² (those are the kind of figures I’d expect from a top-notch TV, not a desktop monitor) and contrast hits a ratio of 960:1, which is very good indeed.

Colour accuracy is fabulous, as we’ve come to expect from Apple. The last model we reviewed hit an average Delta E of 0.7 and this year’s is only slightly worse at 0.97. The panel whips up 98.9% of the DCI-P3 gamut, bar the most intense shades of magenta and blue. This is very good news if you understand what it means – and, trust me, it really is, even if you don’t have a clue what I’m on about.

Oh, and by the way, if you fancy plugging in your MacBook and using the iMac as a 5K monitor, well, tough – you can't. Apple still doesn't support Target Display mode on the 27-inch iMac, despite adding Thunderbolt 3 support via a pair of USB Type-C ports on the rear of the machine.

If you were inquisitive enough to rip open the iMac then you’d find a completely revamped set of innards. Inside, seventh-generation (Kaby Lake) quad-core Intel processors have been introduced next to a selection of new AMD Radeon Pro graphics chips and the combination delivers a decent boost to performance.

In our in-house benchmarks the 3.4GHz model turned out to be quicker than the sixth-generation 3.2GHz Core i5 model we tested back in 2015 by a margin of 9% (overall score 109), which is similar to the improvement that model delivered over the 2014 model (a 10% boost, with an overall score of 100 versus 91). In all honesty, it isn't a huge performance boost; certainly not big enough to notice in everyday use.

We’ve only had the chance to test the AMD Radeon Pro 570-equipped model, which is in the lowest-spec 5K iMac this year, but with results that beat the last edition’s top-end model – and by quite a distance – it’s a major step forwards. Whether you’ll be able to game smoothly at the screen’s native 5K resolution is another matter entirely, however. 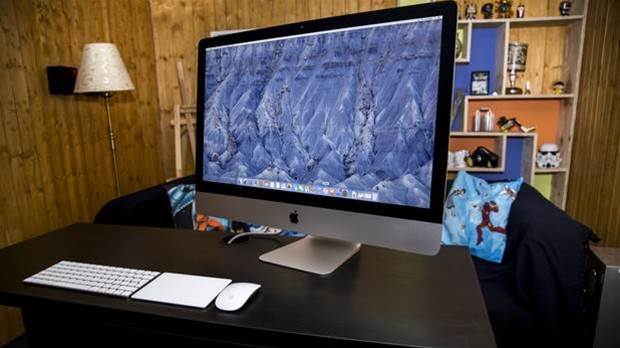 We put the iMac through its paces using Unigine’s Heaven Benchmark – a pretty good representation of how much gaming grunt a machine has – and it reveals that, although much faster than before, the iMac’s GPU power is still comparatively limited.

At 2,560 x 1,440-pixel resolution and Medium detail, the Pro 570 in our review unit achieved a mostly smooth 42fps, which is double that of the 2015 iMac’s 26fps (R9 M390) we tested last time. If that sounds good, though, remember this test still isn't running at the full 5,120 x 2,880-pixel the display is capable of; the benchmark simply doesn’t run at such high resolutions and even if it did, you could expect the frame rate to drop significantly.

The 5K iMac we’ve reviewed here has a 1TB Fusion Drive, with the top-end model available with a 2TB or 3TB disk. Sadly, it’s not nuclear-powered, – this would be simultaneously both worrying and very impressive – but it does combine a superfast SSD with an old-school hard disk.

The theory is that all your regularly used applications and data end up on the really-very-fast SSD, and everything else gets plonked onto the HDD. There isn’t much change to the amount of SSD storage on offer here, though, with this year’s 1TB drive boasting 32GB of fast flash storage compared to the 2015 model’s 24GB.

If you want to get back up to the 128GB flash storage that was offered on the original iMac 5k's Fusion Drive, you’ll have to move up to the 2TB or 3TB model.

Does the Fusion Drive work, though? It is very quick in benchmarks, but it’s difficult to say how well the system will work once you’ve filled the storage with the accumulated gunk of several years' use. Out of the box, it’s pretty fast – we clocked it at around 987MB/sec while reading files, and 130MB/sec while writing them back to the disk. That’s faster for reads than the previous model, although a touch slower for writes.

This is nowhere near as lightning-fast as the pure flash storage in the latest MacBook Pro laptops, however. If that sort of performance is paramount, then you can swap to SSD-only storage with 256GB, 512GB, 1TB and 2TB SSD options available for various models.