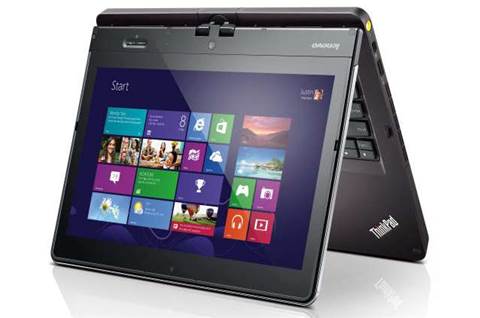 At $1,049 for the entry level model, Lenovo's combo tablet-and-laptop-in-one could be a tempting way to enter the Windows 8 era.

We've already written about Dell's new Latitude 10 business tablet with Windows 8 and why it represent something of a milestone for tablets in the workplace. Now Lenovo has unveiled this a table/laptop that will also run Windows 8, called the ThinkPad Twist.

The Twist is interesting because it's one of many "hybrid" laptop/tablets you're likely to see. Twist the screen around and it becomes a tablet. Twist it back and it's a tablet.
These combo device will provide an interesting choice once Windows 8 hits the market. Do you go with one of these combo devices - a tablet and laptop in one - or would you prefer a separate laptop and tablet?
Newsletter Signup

I have read and accept the privacy policy and terms and conditions and by submitting my email address I agree to receive the Business IT newsletter and receive special offers on behalf of Business IT, nextmedia and its valued partners. We will not share your details with third parties.
Let's take a look at what the ThinkPad Twist offers:
The ThinkPad Twist 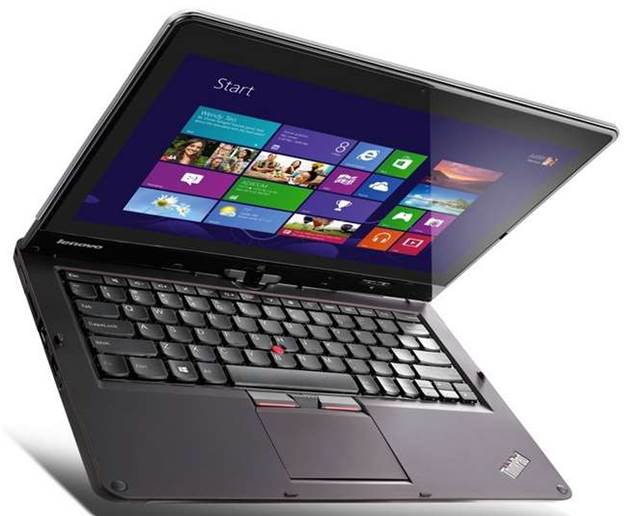 While a lot of people still need to  a laptop with a keyboard or lots of processing power, there are times when another type of device would be more convenient. Hence the ThinkPad Twist, a laptop with 12.5in screen that can "Flip, Fold, Twist and Turn."
You have three options for using the Twist:
- flip it open to use as a laptop in the normal way
- twist round into 'stand' mode to make it easy to watch movies or presentations (particularly handy in cramped places such as an airliner seat or a small table at a cafe)
- or fold it right back for use as a tablet. 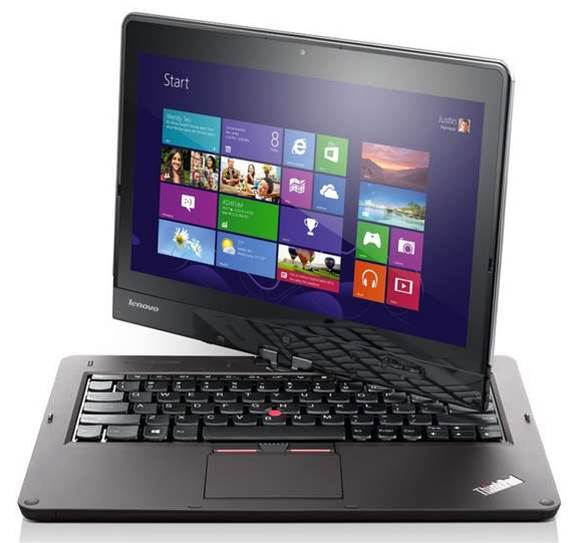 The specifications include a choice of processors up to Core i7, up to 500GB of disk and an optional 128GB SSD, "close to all-day battery life" and Windows 8 Pro.
The Twist comes with Lenovo Solutions for Small Business. This gives you software monitoring, USB blocker, energy savings and the ability to backup and restore applications. It also has Lenovo Cloud Storage (a rebranded SugarSync) with the usual 5GB of free storage. 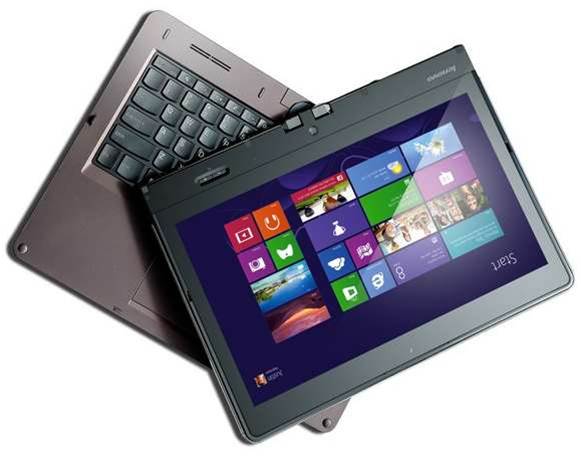 You can also use this to keep you entertained as well. The Twist features Dolby Home Theatre audio and a mini-HDMI port for connecting it to a TV to watch movies.
The ThinkPad Twist goes on sale in Australia on October 26, which is the day Windows 8 goes on sale. The price will start at $1,049, though we don't yet know what features that gets you.
Lenovo IdeaPad Yoga 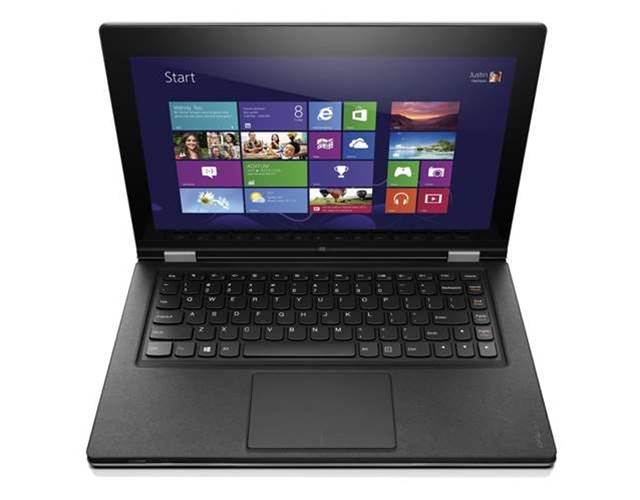 This is another laptop/tablert combo Lenovo has just announced. It's reported that this won't be sold in Australia, though it gives us an idea of what to expect in terms of other Windows 8 tabets.
First announced at CES in January 2012, a key feature of the Yoga is a 360 degree fold-back multitouch display that allows the device to be used as a notebook or as a tablet. In tablet mode the keyboard and trackpad are disabled to prevent accidental operation. 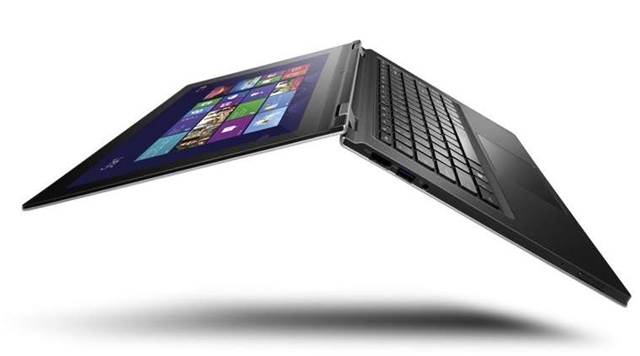 The 13in model will be offered with a choice of processors up to a Core i7, and runs the full Windows 8. The battery is said to be good for up to eight hours use, but the Yoga 13 weighs 1.5kg, which is on the heavy side compared with a tablet (an iPad weighs less than half that).
Other features include 1600 by 900 pixel resolution, up to 8GB of RAM, either 128 or 256GB of solid state storage, and a 720p webcam.
The 11in model uses the Tegra 3 ARM based processor, and will therefore run Windows RT. The screen has a lower resolution (1366 by 768) as well as being smaller. Memory and storage limits are reportedly 2GB and 64GB respectively.
The Yoga 11 is supposed to run for as long as 13 hours on one charge, and while it is lighter than its larger sibling, 1.3kg still seems heavy for 'hold in one hand and prod with the other' operation.
Copyright © BIT (Business IT). All rights reserved.
Tags:
australia hardware laptop lenovo price tablet tablets thinkpad twist windows 8 yoga
By Daniel James
William Maher
Oct 10 2012
1:48PM