Yes, phones are still getting bigger 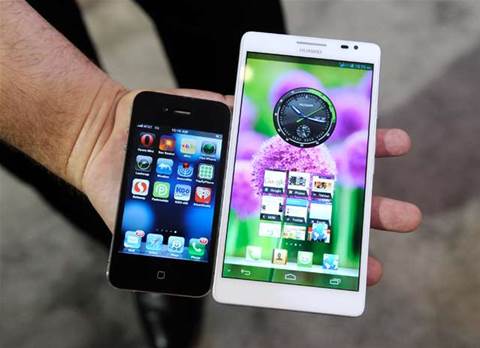 Phone are still getting bigger. Take a look at this photo of a new 6.1in phone alongside an iPhone.

What you're looking at is the Ascend Mate, a phone made by a company called Huawei, which you may not have heard of but also makes things like mobile broadband dongles.

The 6.1in phone makes an iPhone look small, as you can see in the photo.

We mentioned the Ascend Mate earlier this week, but though this photo was worth showing to give you an idea of just how large this phone really is.

Why would want one depends on what you need a phone for. If you rely heavily on your phone for webs ites, and even accessing and editing work documents, then a screen this big might actually be quite handy.

Think of it this way - instead of lugging around a laptop, or a tablet, you whip out your phone instead.

That said, if you keep it in your pants pocket, this thing is going to bending and crouching all day on worksites pretty awkward.