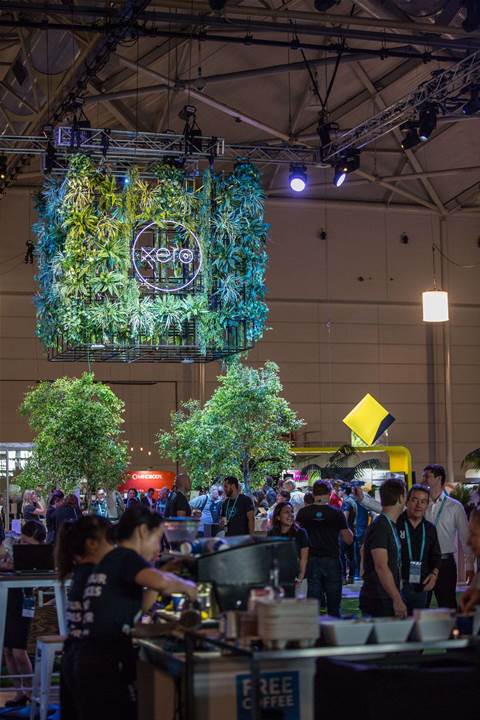 Xero co-founder Rod Drury has unveiled a major push into machine learning technology, including the release of a Facebook Messenger chatbot that will provide business advice.

During a keynote speech at the company's Xerocon South conference in Brisbane today, Drury also announced the company will use machine learning technology to automate the process of coding invoice transactions.

The announcements come on top of a string of new features announced earlier during the conference, aimed both at small businesses and accountants, including BPay support and a major overhaul of My Xero called Xero HQ.

A major upcoming feature Xero unveiled during the keynote was a Siri-style artificial intelligence service called Hey Xero, which is currently being developed by the company.

The feature will be able to quickly answer questions for business owners based on their Xero accounts, including account balances and which customers currently owe money.

It will also be able to find apps and extensions in the Xero marketplace that can solve a particular business problem, or find accountants listed in the soon-to-launch Xero HQ directory.

While it will initially be available from within Facebook Messenger, the service will also be made available in other platforms, including Slack and Apple iOS.

For accountants and business advisors, Drury suggested the chatbots could be integrated into the websites of Xero partners.

"As we started playing with chat, we realised it was about much more than just talking to Xero," Drury said.

"We found it was an interesting tool for talking to the entire ecosystem of Xero, including [accounting services]. It's about talking to [our customer experience team] and getting support."

Xero has not revealed a release date for the new feature at this stage.

The second big announcement by Drury in his keynote is that Xero is set to begin using both Amazon and open source machine learning tools to reduce and eventually eliminate the amount of transaction coding businesses need to do.

"What machine learning and AI gives us is things like intent, the ability to look at large data sets to identify patterns, and when you fix things up, it even learns more," Drury said.

"When the rubber meets the road on something like invoicing, when you type things in, we can figure out how that's going to be coded."

The change will mean that transaction codes in invoicing will be hidden from small business owners. Accountants will still be able to see the chart of accounts, and be able to make changes on client accounts using the find and recode feature.

"In the next version of invoicing – we're doing a lot of A/B testing on this and this comes out shortly – we're going to start dropping the chart of accounts," Drury said.

"It's still there, but we think the machine can do it better than small business owners, and accounts will be able to fix things using [the] find and recode [feature].

"[Accountants] can do that because they're trained professionals, but small businesses don't need to do that – they just need to run their business."

Machine learning is also set to be applied to save time by automating most of the bank reconciliation process.

"When we looked at bank [reconciliation], nine out of ten we can code on our first pass. Bank rec goes away," Drury said.

"As a company, we're focused on eliminating coding. This is one of the biggest changes that has ever happened to accounting. If you think about the millions of hours that are wasted by small business on coding transactions, that's going away."

The idea is that when businesses change the details in their account, that information will automatically flow through to update their customers and suppliers that use the Xero platform.

This will be augmented with further information from public records and Veda, including businesses information on registered business names, addresses, ABN/NZBN numbers and industry classifications.

"We can already populate the details of every business in Australia and New Zealand. So instead of typing in their details, people can click and link to them," Drury said.

On the sidelines of Xerocon South, Xero Australia managing director Trent Innes said the feature will be a timesaver for business owners.

"Basically, with the power of the web, we've got access to a variety of data sources and a lot of information about contacts already. So we're trying to save business owners time by pre-filling that in," Innes said.

"So we've already got that information, we can surface it up and allow them to do more than re-enter data."

Businesses looking for more detailed information will also be able to buy a full Veda credit report through the Xero platform.

"The partnership with Veda is a really important one. It's trying to help small businesses make informed decision about the customers they're looking to do business with, and get some indication about what that relationship might look like."

Innes also stressed that the feature would be opt-in, and that business owners with privacy concerns will be able to manage those risks.

"Privacy and security will always be at the forefront as we roll out these sorts of solutions," he said.

Andrew Sadauskas attended Xerocon South as a guest of Xero.