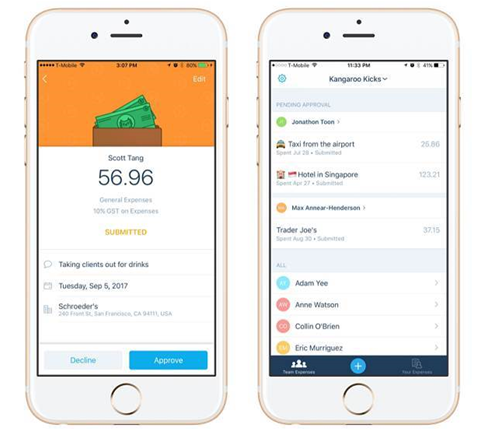 The cloud accounting provider makes its “biggest ever” announcement of new apps and features.

Xero used its annual Xerocon conference held in Melbourne recently to make what it says is its biggest ever announcement of new features.

The company announced new Xero apps for projects, expenses and discussing entries, along with a raft of changes to the cloud accounting system.

The idea behind Xero expenses is that a user captures a receipt, and “we'll take care of the less,” Xero expenses lead Samyak Shah told Xerocon 2017 attendees.

Xero has developed a separate mobile app for expenses, as most employees don't need access to other accounting-related functions. This app, for iOS and Android, lets a user photograph a receipt and submit it as an expenses claim. 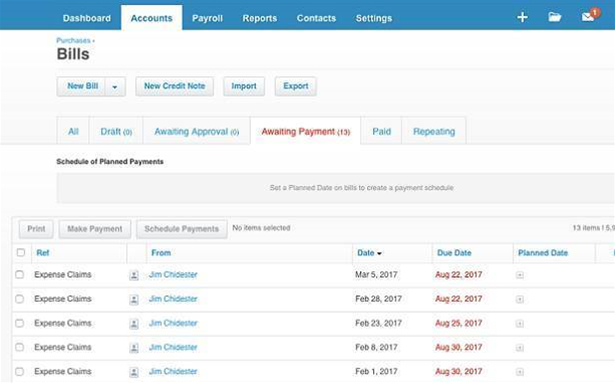 Behind the scenes, Xero extracts the relevant data and creates a corresponding transaction. Alternatively, the transaction can be entered in the traditional way via the main Xero web application, in which case the item can be entered on behalf of another person.

Other features of Xero expenses include reports such as a bar graph of a person's expenses by category.

Xero expenses is now live for selected users ahead of a general rollout. Plans for further development include the addition of mileage claims.

Forty percent of Xero users are professional services businesses, according to CEO and founder Rod Drury, so the new projects app should be well received.

Xero projects is designed to make it easy to capture, track and report on the time and money spent on each job.

Features will be added to support different market segments, Drury said. These segments are expected to include architects, engineers, and larger accounting and legal firms.

Small business in Australia is fragmented and diverse, said Xero Australia managing director Trent Innes, so there will still be opportunities for boutique project management products that go beyond the basics that Xero will deliver. The company provides application programming interfaces (APIs) so developer partners can create add-ons that cater for more complex situations.

That said, Innes sees “a massive opportunity” for Xero projects because of the large number of customers in the professional services sector.

For businesses working with Xero accountants or bookkeeper can get free access to Xero projects for the rest of 2017. After that, the feature will cost $7 per user per month during an introductory period, and $10 per user per month thereafter.

Xero’s accountant or bookkeeper partners can use projects at no charge.

Xero discuss, a new app that’s coming soon to Xero partners who attended Xerocon, ahead of a more general release, is similar to the comments feature in G Suite and other products. It enables chat-style (but not necessarily real-time) conversations about a particular record such as an invoice.

A primary use is for accountants and bookkeepers to seek additional information from their clients, but it could also be used within a business or between advisors.

In addition to the above apps and the arrival of third-party add-ons for the Xero HQ hub for accountants, Xero announced several other significant changes to its cloud accounting system.

As part of the introduction of Xero expenses, changes have been made to user roles in order to allow more granular permissions. Further changes in this area will be gradually introduced, Xero global general manager of Xero business accounting Laura Cardinal explained.

The ability to on-charge Stripe fees was recently added, and soon it will be possible to set up payment services while creating an invoice. The hope is that this will encourage more small businesses to take advantage of these services, as they have been shown to improve cashflow.

The template for the cover email when sending invoices is being improved, with more prominence for the business's logo and the Pay Now button. PDF invoices will soon include a QR code so customers have another easy way to pay promptly.

A related change is that an October update to Xero's iOS app will allow users to prepare and send quotes.

Bank feeds are becoming a two-way process. Bills and other items that have been paid in Xero will be automatically transferred to the selected bank account, where they will await final approval. This is analogous to allowing an accounts person to write a cheque that isn't sent until the owner signs it. This feature is more than 90 days away, Cardinal warned.

Automated superannuation payments are being improved, for example to simplify the resubmission of rejected items after correcting the problem, and to minimise the work needed to process payments associated with eligible termination payments.

The simpler BAS has gone live, with direct lodgement about to be implemented. Payment of the corresponding amount of GST will be added after that.

Depreciation calculations will be simplified with the addition of a private use percentage for fixed assets.

Xero's find and recode feature is beloved by bookkeepers who have to clean up sloppy coding by their clients, and this is being enhanced with the ability to search manual journal items, or search by invoice number or reference number.

Machine learning and beyond

As previously reported, machine learning is being applied to automatically code items. This feature is now available for bills providing the business has at least 150 bills in Xero.

Further ahead, Xero is looking to further simplify the product through user interface improvements and the increased use of machine learning, and to make it even easier to bring new customers onboard, Cardinal told Business IT.

The overall strategy is to watch the way people use Xero in order to identify the pain points. Internally, the company is fostering a culture that will allow developers to make changes more quickly. Not that the current pace could be considered sluggish – there were 2,500 platform and product releases during the last year, she said.