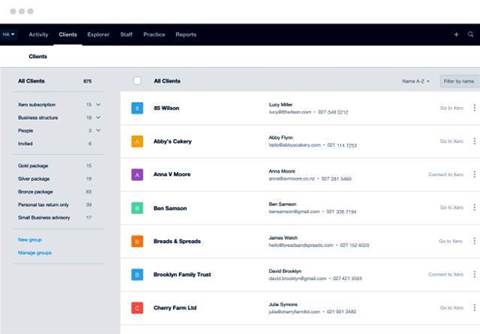 Core features of a new platform that will replace My Xero have gone live, including the activity feed, client list and explorer.

Xero has launched an opt-in beta release of its new Xero HQ system which is designed to become a central hub for accounting practices and advisors.

Xero HQ was one of the major announcements at the cloud accounting provider’s annual XeroCon South conference in September, with the system intended to eventually replace My Xero Partner Edition.

The system is free to use for all existing Xero accounting and bookkeeping partners.

Among the features present in the initial release are an activity feed that provides a Facebook-style newsfeed of tasks that need attention, a centralised client list, along with a tool called explorer that provides a dashboard showing which industries clients are in and what Xero apps they use.

As with its predecessor, Xero HQ also contains a range of reporting tools and templates from information contained in the single ledger, with improved integration with tools such as Xero Tax promised for the future.

A further update, currently scheduled for December, will add an accounting practice directory that will list accounting and advisory practices that use the system.

Next year, Xero plans to further extend Xero HQ by releasing a set of application programming interfaces (APIs) that will allow developers to create add-on extensions (known as ‘HQ apps’) for the platform, enabling it to integrate with third-party online services.

The upgrade will be similar to Xero’s existing app marketplace, except instead of being targeted at small businesses and startups, the extensions will be aimed at accounting practices.

Firms wishing to sign up for the system can do so at the Xero HQ website, with more information about the release available on the company’s blog.