Working late? If so, you're not alone 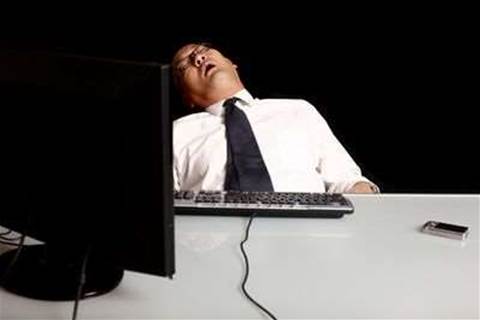 Long hours are par for the course for many of us who run small businesses, and the need to prepare for the end of the financial year can make things worse.

According to MYOB's latest Business Monitor survey (NB: the report was not publicly available at the time of writing, but may be by the time you read this), 37 percent of SME owners work weekends to deal with EOFY chores on top of their regular workload, while 22 percent say they work past midnight.

It may not be coincidence that the survey also found that 37 percent do their own reporting instead of giving the task to an accountant or bookkeeper. It's not the sort of thing most of us enjoy, so it presumably means the cost of outsourcing is greater than the perceived value of an evening in front of the TV, or a Saturday or Sunday at the footy.

According to MYOB a generational factor is involved. Roughly the same proportion of Gen Xers and Boomers do their own reporting (38 and 39 percent), while only 22 percent of Gen Ys do so. Why that should be is an interesting question apparently left unanswered by the research. Among the possibilities that come to mind are that Boomers and Gen X may regard every $1000 they pay an accountant as $1000 less in their super funds, while Gen Ys may have young families and realise the importance of spending time with them. (Yes, there are some big assumptions there, so feel free to give your alternative explanations in the comments.)

While it can be seen as self-serving, there's a lot of truth in MYOB's observation that moving from paper-based systems or spreadsheets can save business owners' time, whether or not they also get professional help with reporting. Bank feeds minimise data entry, as do newer features like document recognition. And once all the data is in it only takes a moment to generate a BAS report rather than wrestling with columns of numbers in a paper ledger - yes, they still exist!

Not everyone's comfortable with cloud accounting systems but if you are, the 'work anywhere' aspect makes it possible to get home in time to see your kids and then spend an hour or so working on the books after they've gone to bed, if that suits you. Or you can take a few minutes time out during a short holiday to run the week's payroll when there's nobody to delegate it to.