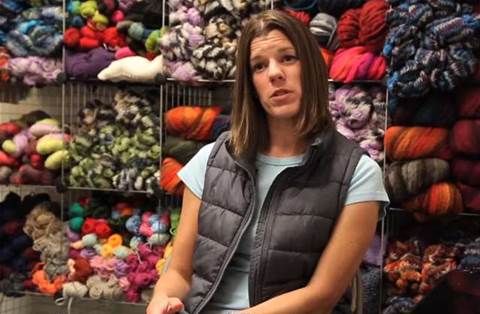 In the first month, she says she made $19 in sales. Now her web business selling knitting yarn is forecasting $7 million in sales.

When that light bulb to start a new business goes off, it can be a powerful driving force in people's lives.

But starting a new business is also daunting. Many new businesses fail. It helps to know other people have done it with few skills and been successful.

The video below tells the story of Laura Zander, who started a business in the United States selling knitting yarn with "no retail experience". We stumbled across it on the Huffington Post (we highly recommend reading their article here).

That evolved into selling online - In the first month, she says she made $19 in sales.

In the video she says her business is now forecasting $7 million in sales.

While the video only skims the surface of the many challenges involved in achieving that sort of online retail success, it's great inspiration.

It also says something about what some canny self-marketing can achieve - according to The Story Exchange, the video happened after Laura sent her story to their web site.

As this video gets attention from sites like BIT, The New York Times and The Huffington Post, no doubt her business is getting a lot of attention right now.

Not to mention the fact she's appeared at this speaking event, and apparently organised a Today show TV appearance.

You can find more videos like this at The Story Exchange, which has women telling stories like this to inspire other female entrepreneurs.