Windows RT vs Windows 8: Which Surface for work? 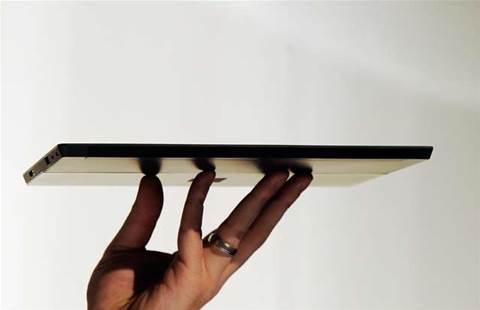 The big question for anyone buying Microsoft's new Surface tablet is whether to get the version with Windows RT (prices announced yesterday), or the Surface with Windows 8 Pro.
There are a number of things to consider, including how important battery life is to you (the RT version should in theory have the edge in terms of battery life) and how complex the programs are that you need to run (Surface with Windows 8 Pro will have a big lead here). And remember, there are other brands bringing out Windows 8 tablets, including Dell, Lenovo and HP.
Newsletter Signup

I have read and accept the privacy policy and terms and conditions and by submitting my email address I agree to receive the Business IT newsletter and receive special offers on behalf of Business IT, nextmedia and its valued partners. We will not share your details with third parties.
Surface with Windows RT ships with a version of Windows 8 called RT. If you're considering the Surface for work, think of Windows RT as being a tablet-specific version of Windows 8.
So what do you miss out on by going with Windows RT? The big one is the ability to run programs designed for Windows 7 or earlier versions of Windows. You can add programs, but only from the Windows Store - like the iPad and its App Store.
Windows RT also leaves out a few Windows 8 features like
It does come with Office Home and Student 2013 so you can get work done but the license is only for not for profit use.
This is by no means an exhaustive summary of the topic, but if you're considering getting your first Windows tablet then the above points are worth thinking about.
Copyright © BIT (Business IT). All rights reserved.
Tags:
hardware rt software surface tablets which windows windows 8
By Anthony Caruana
Oct 18 2012
10:13AM