Windows Phones have the flash, but are they worth your cash? 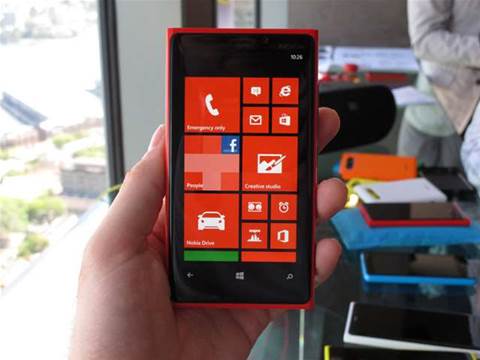 A new breed of phones running Windows Phone 8 are about to go on sale. Are they worth looking at?

What is a "business" phone? Judging by the new Windows phones unveiled today, maybe there's no such thing anymore.

Today we saw new phones from Nokia, HTC and Samsung unveiled - some of the fanciest phones we've seen running the new Windows Phone 8 operating system. They run Microsoft Office, have slick, responsive menus and high-end features like faster LTE/4G Internet (on some of the phones) and 8MP cameras, and they also look decidedly non-business like.

So if you're shopping for a new handset that you'll be using for work and everything else, are Windows Phones worth a look and if so why?

The new Windows Phones: an overview 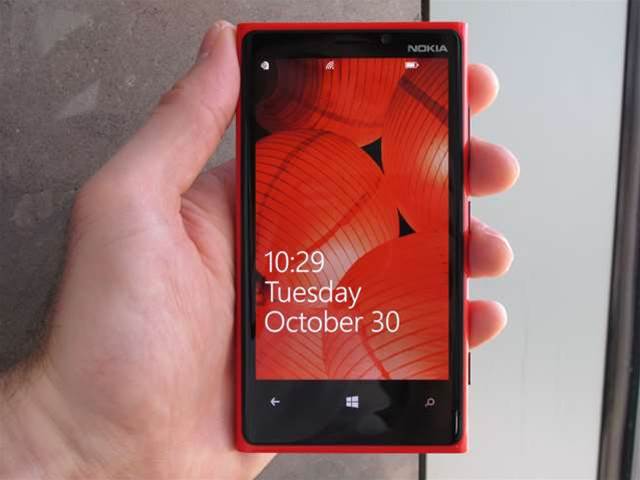 The Nokia Lumia 920, with the screen locked.

Firstly, there are some classy design touches on the new phones unveiled today by Nokia, Samsung and HTC. The phones have noticeably bigger screens than our iPhone 4S, and all of them felt relatively lightweight.

The Nokia Lumia 920 and 820 in particular are standouts - the glossy, bright plastic and minimalist design won't be to everyone's taste, but drab and dull they aren't.

The HTC 8X is similarly bright, with a soft feel backing which makes it easy to hold the phone.

To the naked eye, each of these phones look roughly similar in thickness to our iPhone 4S.

Feature-wise, there are further impressive touches, such as LTE/4G, a big 4.5in screen and turn by turn mapping directions for the Nokia Lumia 920.

The HTC 8X has better than average ability to take photos when light isn't great, and it works on Australian 4G/LTE networks.

Not to mention that all these phones will run Office, giving you the best capability of all the phone platforms to edit and read Excel spreadsheets, Word documents and other Office documents.

How is it different using a Windows Phone? 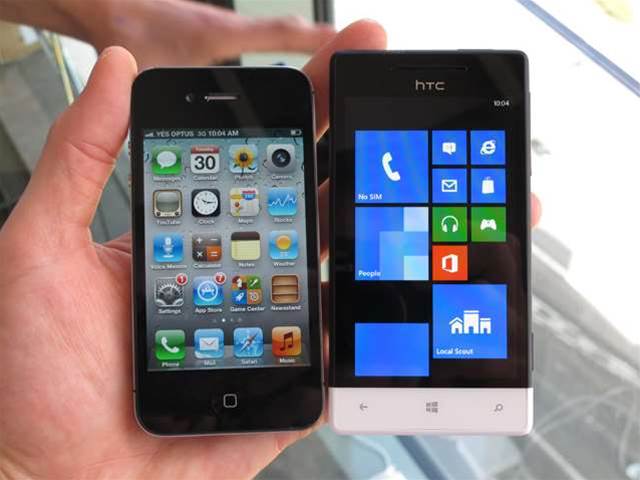 The iPhone 4S shows app icons, while the HTC 8S on the right shows tiles, which can show you new messages and other information at a glance

Having all the features under the sun doesn’t matter if the phone isn't easy to use.

We only had a very brief time hands-on with the phones mentioned in this article today, so we won't be making any final verdicts on this. That said, our first impressions are very positive.

Each of the phones we tried was responsive, with menus responding to finger touch quickly, and apps loading smartly.

As soon as you look at the Windows Phone home screen you know things work differently to an iPhone. The way it works is that the Start screen can show your favourite apps, your calendar, the latest photos or messages from a particular friend, news headlines and other information. These all appear as "tiles" that you arrange the way you like.

The point is that these tiles can update to show new information.

For example, you could pin a recipe app to the Start screen, and it might display the latest recipes. You can also pin things like directions or documents, which might be very handy if you're travelling or doing the shopping and have notes you need to constantly refer to.

It's a little like using the Start screen of your phone as a little dashboard.

The iPhone can also gives you little updates about - these appear in a notification bar which can be pulled down like a little tab from the top of the screen.

Neither approach is "better" than the other - it depends on which menu system you prefer. The Windows approach might be useful if you're the sort of person that's constantly checking email, texts, Facebook and other types of messages.

Apps are another important consideration. At the time of these phones being unveiled today, Microsoft says there are about 120,000 apps that will work on them.

This includes many big name apps, though it should be said that if there's an app you rely on, you should check that you can get it, before getting a Windows Phone.

At today's media function to show-off the new phones, Microsoft's spokesperson flagged features like the "People Hub", which lets you access all your contacts' details, send messages, check Twitter posts and photos from your contacts, all from one menu.

Another feature highlighted by Microsoft is not a business feature, but something business people might find useful.  It's called "Kid's Corner" and is a special area of the phone parents can setup so their children can play with their phone without damaging contacts lists and other things.

Another new feature is "Rooms". You can set one of these up for your drinking group/sports team/or other groups and it provides a single place to setup a calendar you can all share, have a group chat and share group photos and to-do lists.

Why switch to a Windows phone? 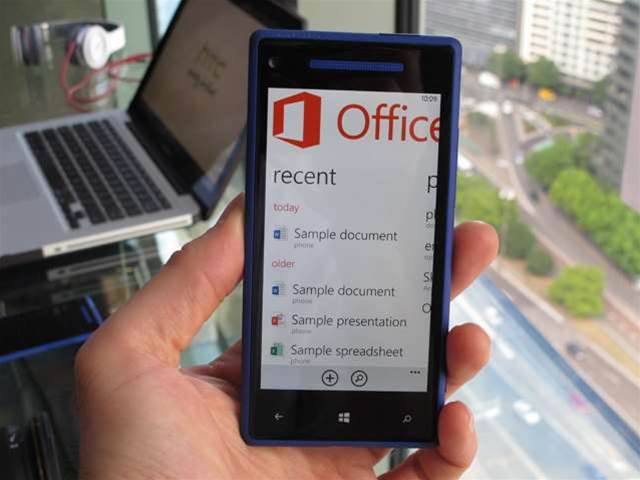 All of these things aside, perhaps the most difficult thing to sum up is why you would switch to a Windows Phone when there are excellent Android and Apple phones you can buy.

LTE/4G is one reason, though not all Windows phones have it and you can get it in the iPhone 5 and other Android phones. If faster Internet is very useful for you, and you're in a coverage area (read about LTE/4G coverage in Australia here) then this is something to keep in mind.

If accessing Office documents is crucial to what you do day-to-day, and you often need to access them while you're away from your desk, then these Windows phones are arguably the best choice. You can run Office on them, so you can edit and read Office documents.

Your documents will be synced with your work and home computers if you're using Microsoft's SkyDrive service. Similar things are possible on iPhone and Android, but for opening and editing Office documents, Windows Phone should be best.

Also, how willing you are to commit to Microsoft's way of doing things for syncing your photos, music, documents and the like? The Windows way of connecting all your "stuff" uses SkyDrive, but if you have a lot of your files in Apple's iCloud already, the last thing you probably want to bother with is getting it all working with Windows Phone 8 too.

On the other hand, if you use Windows on all your computers and phones, and you're willing to make this the home for all your digital "stuff", then a Windows phone might make sense. We type this with one caveat - we've tried Windows services for syncing up all our files over the Internet before, and found them to be too fiddly for our liking. We'll reserve our judgment on this till we've had the opportunity to try Windows Phone 8 some more.

The Windows Phone 8 menus look great, the phones look slick and they have plenty of features, and a Windows phone might be useful if you can make a lot of use of Office as well as SkyDrive and all the associated features.

Overall, it's a question of how well all these features come together to make a phone that's easy to use and that actually helps you get day-to-day tasks done, rather than getting in your way. That's something we'll tell you more about when (fingers crossed) we get the opportunity to play with a review model.