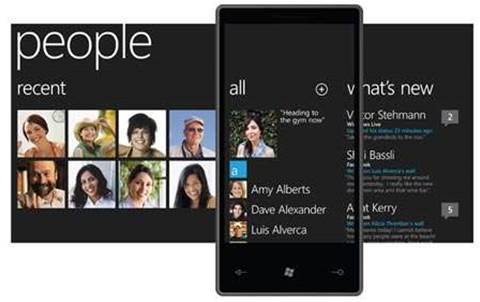 Microsoft's Windows Phone 7 platform has moved a step closer to availability with the announcement that the code has reached the Technical Preview stage..

Terry Myerson, corporate vice president of Windows Phone Engineering, said in a posting on the Windows Phone blog that the team has now signed off the code and is preparing to receive hands-on feedback from a broad set of testers around the world.

The Technical Preview milestone means that the platform is largely complete, and that Microsoft has reached the stage of ironing out the bugs and getting feedback from early adopter customers, developers, handset makers and mobile operator partners.

According to Myerson, thousands of prototype phones from vendors such as Asus, LG and Samsung will be making their way into the hands of developers over the next few weeks.

"Combine that with the beta release of the Windows Phone developer tools, and I can't wait to see how our developer partners take advantage of our new approach to smart design and integrated mobile experiences," he said.

Windows Phone 7 is expected to appear in handsets before the end of this year, and is a radical overhaul of Microsoft's mobile strategy in the face of competition from Apple's iPhone and smartphones running Google's Android software.

The company has already been praised on the one hand for its focus on user experience in the new platform, but also criticised because Windows Phone 7 breaks application compatibility with Microsoft's earlier handset releases.

I have read and accept the privacy policy and terms and conditions and by submitting my email address I agree to receive the Business IT newsletter and receive special offers on behalf of Business IT, nextmedia and its valued partners. We will not share your details with third parties.
Copyright ©v3.co.uk
Tags:
developers microsofts mobile phone platform software windows
By Daniel Robinson
Jul 20 2010
9:12AM