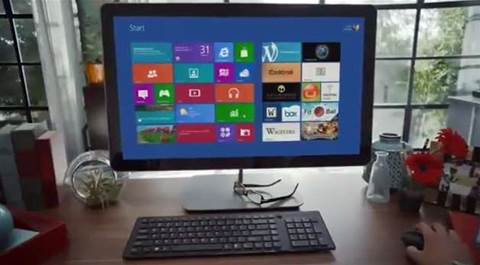 A global announcement sets the starting upgrade price for Windows 8 Pro at $39.99, for the first few months at least.

Microsoft has announced that upgrading to Windows 8 Pro will cost $39.99, meaning the new OS looks like it will be a good deal cheaper than what Windows users have been used to in years past.

Microsoft states the $39.99 price will only apply till January 31 2013, and is not yet available at time of writing – Windows 8 is expected to be released later this year.

There is one catch – when Windows 8 Pro is available, you’ll need to upgrade via the Windows.com site to get it for $39.99. A Windows 8 Upgrade Assistant will guide users through the upgrade process.

The price is reasonably less than what Windows users have been charged in years past. When Windows 7 was released in the US, for a limited time it was possible to buy the upgrade of Home Premium or Professional for US$49 or US$99. In Australia, when boxed copies went on sale, upgrade pricing was AU$199 for Home Premium or AU$399 for Professional.

At the time of writing, Microsoft hasn’t announced how much the full version of Windows 8 will cost.

You don't necessarily need to hold off on buying a new laptop or PC right now either. In years past, Microsoft has also done special discounts for people who have bought the previous version of Windows, just before the new one goes on sale. This year, if you buy a new Windows 7 PC between June 2 this year and January 31 in 2013, you’ll be able to upgrade for $14.99.

As we've explained before, if you're thinking of using it on a business computer or laptop there are pros and cons to Windows 8.