Windows 8 price expected to jump after next week 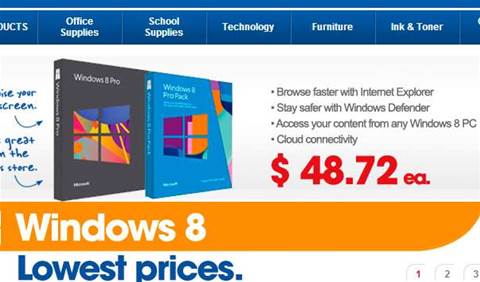 Presently, users can download a copy of Windows 8 Pro for $39.99, with a limit of one upgrade per PC and a maximum limit of five licenses per customer.

From February, Windows upgrade editions and feature packs will be priced for United States customers as:

The upgrades are only for customers whose machines currently run Windows XP Service Pack 3, Windows Vista or Windows 7 and there may be shipping and handling fees for physical media.

Microsoft also advises that those wanting to run Windows 8 in a virtual machine or on a second hard drive partition, or building PCs from scratch, to buy the System Builder Windows 8 or Windows 8 Pro editions from online or local retailers, as the upgrade versions won't install under those scenarios.