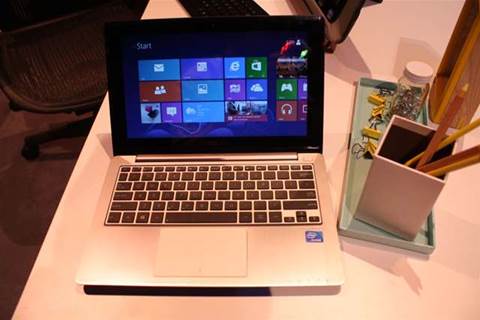 It has a touchscreen, the new Windows 8 and it doesn't look half bad. So would we recommend it?

We admit we did a double-take when we noticed the price of this brand new Windows 8 laptop: a surprisingly reasonable $499.

For anyone on a budget, that's extremely compelling. So is there a catch?

Well, maybe, if you don't know what you're getting.

The laptop in the photo is the new ASUS F202 Vivabook and with a price starting at $499 it is the cheapest Windows 8 laptop we've seen so far.

The big thing to be aware of is that it is running a slower processor than the type you'll find in laptops costing around $1,000 or more. For those interested, we've posted the system details below from the demo unit we played with today. 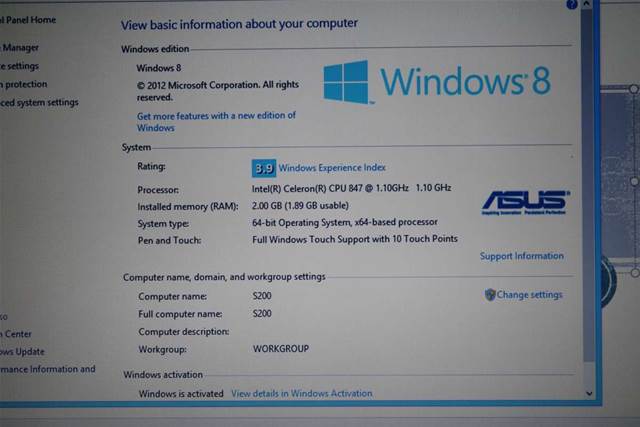 System details of an ASUS F202 demo unit. Spec may vary depending on price.

For the more technical, this is a Celeron processor. As a general rule of thumb, if you want to do anything more than basic word processing, web browsing, email and basic apps, we'd recommend stepping up to a laptop with an Intel "Core" processor.

We only had the opportunity for a brief play with the ASUS F202 demo unit we saw today, which is not enough to make any final verdicts. But it was enough to tell us that the laptop coped well with running several apps like, Word, Excel, PowerPoint and Internet Explorer, though it was noticeably slower than some of the other laptops and tablets we've tried that use Windows 8.

Of course, with such a small screen (11.6in), we wouldn't expect everyone would be buying this with the intention of spending hours pouring over spreadsheets and other complex work tasks.

You’d have to be comfortable with that size screen, and for that reason it might make a handy second laptop for travelling, email, basic tasks when you don't need full power. 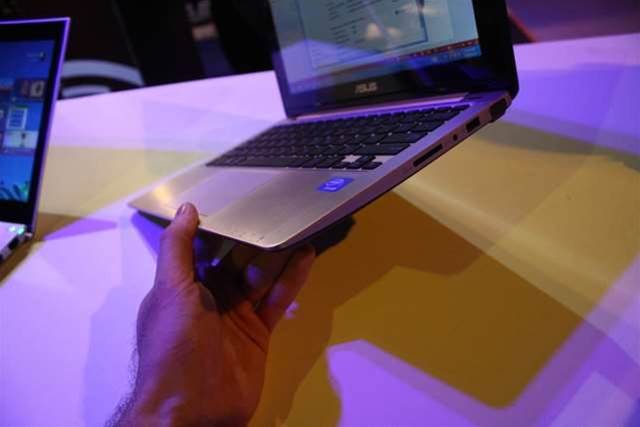 On the upside, this machine is running full Windows 8, not Windows RT, so it should in theory be able to run your old Windows programs.

We were also surprised to find that this laptop has a touchscreen! Not something we were expecting at this price.

We couldn’t see the point of getting a laptop with a touchscreen until today. While touchscreens make sense on the new "hybrid" laptops that convert into tablets (the screen detaches, or the keyboard swivels out of the way) we haven’t seen the point of them on "regular" laptops.

After playing with the F202 today though, we feel they might ne occasionally handy. Because Windows 8 is designed with big, blocky icons, it's actually sometimes quicker to swipe around the screen, instead of using the trackpad or a mouse. While looking at a map while using the Domain real estate app, we found it was much quicker to put our fingers on the screen.