Windows 10 UK price revealed, but don't believe everything you hear 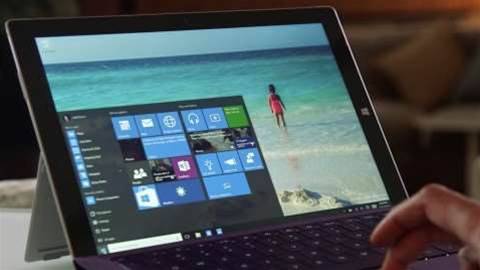 Windows 10 £99 price tag for users in the UK (who presumably don't already have Win 7 Pro or Windows 8) isn't as concrete as those plain-as-day numbers might make you think.

It appears that Microsoft has revealed a £99.99 price point for Windows 10 Home, according to an update message presented to Windows 7 and Windows 8.1 users in the UK.

The message in the UK states that you can “Enjoy Windows 10 for £99.99 free!”;in Europe it displays a crossed-out price of €135. When pressed to confirm these prices, Microsoft revealed to Neowin that Windows 10 would cost $119 and $199 in the US for Home and Pro editions respectively.

This is the first time Microsoft has publicly revealed the price of a consumer-level Windows 10 release. Previously it focused on pushing the fact that Windows 10 is free for current Windows 7 and 8.1 licence holders, but this price revelation is worth noting as Microsoft is referring to them as little more than the “estimated retail price” for Windows.

It's also unclear if the £99.99 “estimated” price is for a digital or physical copy of Windows 10. Microsoft says that “all these are available in stores or online”, but doesn't clarify if it means this includes price points for each version. Looking at online retailer Newegg, it's listing OEM Home and Pro versions of Windows 10 for US$109 and US$149 respectively – less than Microsoft's “confirmed” prices.

Of course you can expect prices in Australia to be much higher. Windows 8.1 Pro costs $259 from Microsoft right now, but you can find it (and Windows 7 Ultimate) from PC dealers at various other prices.

Windows 10 pricing for Australia is unconfirmed, but it seems obvious given current exchange rates that we'll be stung a hefty chunk above that US$199.

The free upgrade option is looking better and better every day.

I have read and accept the privacy policy and terms and conditions and by submitting my email address I agree to receive the Business IT newsletter and receive special offers on behalf of Business IT, nextmedia and its valued partners. We will not share your details with third parties.
Copyright © Alphr, Dennis Publishing
Tags:
microsoft price points software windows 10 windows 10 release
By a Staff Writer
Jun 26 2015
3:26PM