Will a computer take your job? 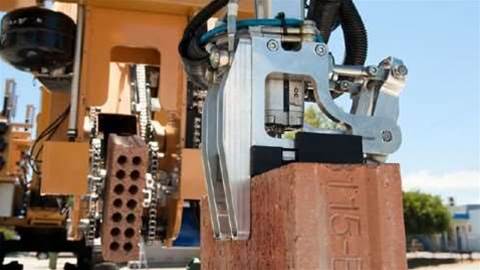 Many jobs will be impacted by computing, but perhaps not to the extent many predict.

“Machines will be capable, within twenty years, of doing any work a man can do” – Herbert Simon (1965).

As a researcher in artificial intelligence (AI), people ask me about the ‘robot revolution’, often with serious misgivings about how the future could look for themselves or their children.

Considering the hype surrounding AI, automation and robotics, including influential thinking from the likes of Stephen Hawking, we could all be forgiven for assuming that in 10 years robots will have replaced us.

But is this fear warranted?

Most people underestimate the importance of human interaction. Even if AI lives up to the current hype, and I strongly doubt it will, there will still be a place for us.

Predicting the impact of AI and automation

For decades, people have been trying to predict what computers will soon be able to do better than humans.

But instead of asking: ‘What will computers (not) be able to do?’, we should instead ask: ‘What will we simply not want them to do?’

The answer mostly lies in things that require human interaction and social intelligence.

Most AI research is about ‘replacing’ cognitive tasks. However, it’s now widely accepted in evolutionary biology that the human brain evolved not for cognitive thinking, but for social interaction.

As a survival strategy for hunter-gatherers, being social was beneficial because it enabled them to communicate and coordinate during hunting. Our brains evolved to adapt accordingly.

The cognitive abilities that allow us to calculate chemical interactions, design and build skyscrapers and diagnose diseases are a side effect of this evolution, and have only really been used for human advantage in the last few thousand years.

As humans, we’re hardwired to crave social interaction and it seems unlikely that computers, even humanoid robots, will be able to give us the interaction we desire.

Perhaps the two key traits that separate humans from most other animals are empathy and emotion. These are two social traits.

Empathy and emotional contagion are things we don’t share with computers or robots. Thought experiments like the well-known experience machine suggests we never could.

So, what do empathy and emotion allow us to do? Well, we interact.

Meaningful human interaction requires a recognition that the person we are interacting with has their own beliefs, desires, and emotions, and that they have a perception of us. This is empathy in its most generic definition.

We also empathise. Computers can pretend to empathise on an emotional level, but they cannot truly interpret and respond to people; they can only simulate this.

Humans also tell stories. While statistics and information inform and educate, they lack the relatability of stories. We’re hardwired to find and share anecdotes from events.

After a party, there’s a reason you tell your friends about how people acted, who said what and the type of music played. Will a robot with eyes who can tell a good story have the same impact?

People also innovate and create. We don’t let computers decide which problems are important for us. They can’t prioritise tasks or invent solutions to multi-faceted challenges.

Creativity also comes and goes on a whim of human inspiration where computers act on a schedule and to a formula.

In artificial intelligence, there is somewhat of a ‘split’ in ideals.

The research in my lab is about assisting people.

Somewhat contradictorily to this article, we research how to design AI-based tools that more closely resemble human interaction, not in order to replace humans, but to craft AI that interacts in a more natural and relatable way to humans, without trying to appear like a human itself. This approach exploits the strength of both humans and computers.

We have evolved to interact with other people in certain ways, and it is well known that people anthropomorphise anything that has intentional-looking behaviour. Thus, people expect to interact as they would with a human.

But there are ethical considerations.

Although a companion robot that helps older people stay in their home could be programmed to show emotions, is it ethically sound to fake emotion and would we prefer the real thing?

But what about my job?

With all of this in mind, what are some of the jobs we won’t delegate to computers?

Anything that requires leadership will be out of the question: so, politicians, CEOs, teachers, and judges can consider themselves safe.

Anything that helps to develop people as social beings: child-care, social workers and doctors will always be needed. All of these careers will no doubt continue to be impacted by computing, but perhaps not to the extent many predict.

So, let’s consider a couple of careers predicted by some as being ‘on borrowed time’.

Tech giant IBM has developed software to carry out medical diagnosis (although recently it has been shown to be widely inaccurate in some cases, prescribing dangerous treatment and destroying any trust that some doctors had in it).

However, can software like this give an explanation of what a diagnosis means for a patient? Can it walk through various treatment options? Can it deliver a bleak prognosis in an empathetic manner or describe what impact this will have on their life while comforting a distressed patient? Even if it could simulate these complex interactions, would you want it to?

Meanwhile, a 2013 report from the University of Oxford placed telemarketing at the top of jobs likely to be fully automated, calculating that telemarketing has a 99 per cent chance of being replaced in the next two decades.

The recent demonstration of Google Duplex making restaurant bookings and hair appointments using natural language via telephone has many people signalling the end of telemarketers.

But for most of us, social politeness makes us consider the experience of the person on the other end of the phone line. Telemarketers exploit that politeness to keep us on the line long enough to make a sale.

Will we obey the same social norms with computers? I won’t.

Tips for surviving in a robot revolution (if it eventuates)

Although we cannot accurately predict the impact of AI, automation and robotics over the next 20 to 30 years, we can be sure that it will change the way that we work, perhaps requiring less people in certain careers but added expertise in others.

Here are three tips for robot-proofing your career:

Follow these steps and if I’m wrong and robots do, in fact, take over the world, at least you’ll have some AI endorsement confirming you are one of the good humans.

This article was first published on Pursuit. Read the original article.