Why would you want to accept Bitcoins in your shop? 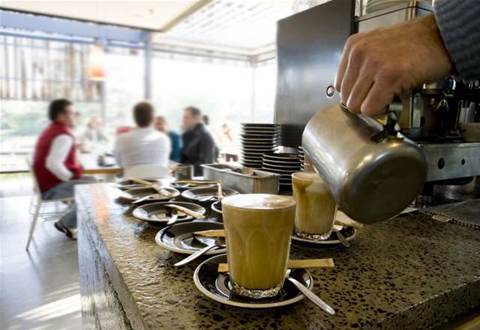 We've previously described the Vend cloud-based POS system and some of its customers.
The latest development is that a collaboration between Vend and DC POS can now accept payments in the Bitcoin digital currency.

You will pay 0.5% for the convenience of having Vend and DC POS take care of transactions for you, but that would also cover the fee needed to ensure that your transactions are processed promptly by Bitcoin 'miners' (the various people and organisations that run the computers that perform the calculations that drive the Bitcoin system).

The question you're probably asking yourself is why would I bother?

There are at least three reasons you might accept Bitcoins, apart from that low transaction cost compared with credit cards.

Firstly, is that there is still some novelty value. If you're the only cafe or bottle shop in the area that takes Bitcoin, that gives anyone looking to spend their Bitcoins a reason to visit you rather than a competitor.

That's if there's anyone in your area that uses Bitcoin, let alone uses it.

One early adopter is Orea Café, said to be the only café in Brisbane's CBD that accepts Bitcoins. Co-owner Samantha Saunders said that after several months Bitcoin transactions account for about 10% of the daily takings.
"Because it is integrated with Vend it is simple to use for staff and for our customers," she said.
Another is Bike Factory Outlet, which has shops in the Melbourne suburbs of St Kilda and Cheltenham. The company also operates Vivo Green Café at the St Kilda premises.
"We were using Vend in the café and DC POS in both stores, so it was easy to be one of the first to offer our customers the new Bitcoin integration," said IT manager Rohan Carroll. "It was painless to set up and really simple to use."
Secondly, if you're inclined to make purchases with Bitcoin, it makes some sense to accept the digital currency so you won't have to pay someone to convert dollars into Bitcoin.

PayPal will soon allow its merchants to accept Bitcoin; Melbourne-based off-road vehicle manufacturer Tomcar accepts it; at least one house has been offered for sale for Bitcoin; and a relatively small number of cafes, bars and retailers already accept Bitcoin.

Thirdly, you may intend to hold Bitcoin as an investment.

Whatever your reason, you may want to consult your accountant first as the ATO's treatment of Bitcoin is not straightforward.

Furthermore, the value of Bitcoin can fluctuate widely: this time last year it was worth about $150, it peaked at $1362 in December, fell to $288 in February, and is currently trading around $520. Unless you're deliberately holding Bitcoin for some reason, the associated risk can be minimised by promptly spending your Bitcoins or converting them into Australian dollars.

I have read and accept the privacy policy and terms and conditions and by submitting my email address I agree to receive the Business IT newsletter and receive special offers on behalf of Business IT, nextmedia and its valued partners. We will not share your details with third parties.
Copyright © BIT (Business IT). All rights reserved.
Tags:
bitcoins paypal pos vend
By Daniel James
Sep 11 2014
8:22PM