Why Windows 7 SP1 is a "total non-event" 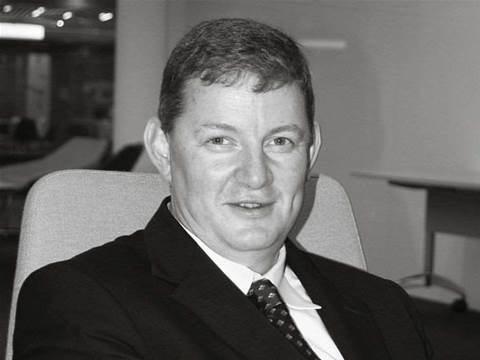 Q. Windows 7 sold 240 million copies in its first year, so presumably you're pleased with how it's going?

A. It's the most successful operating system we've ever released, whichever dimension you look at. Our internal statistics show that Windows 7 is being adopted at least twice as fast as XP and at least three times faster than Vista. There are very rapid deployments on both the business side and the consumer side. Nobody's waiting for Service Pack 1. Usually there's this big deal about SP1, but this time it's a total non-event.

A. Yes, it's 240m licences sold. Another statistic from NetApplications shows that 17% of PCs are running Windows 7. If there are 1.2 billion PCs, that's about 200 million PCs.

Q. Were there any mistakes made with the launch, where you'd go back and do it differently?

A. No, we're very pleased with the launch in every single dimension.

We learned a lot from the Vista rollout and we applied it to Windows 7. For example, we were very careful to make sure we didn't disclose anything related to the product unless we knew we were going to deliver it as part of the product. And because customers had challenges with Vista, we spent a lot of time on best practices and tools, and that naturally carried forward to Windows 7. Some of the pain of Windows Vista was of benefit with Windows 7.

Q. Do you get people saying that Windows 7 is more like another version of Vista?

A. No, not at all. I'd heard people criticising Vista, but when I talked to them, 99% of the time, they didn't use it. People who used Vista actually liked it, particularly after SP1. The UI benefits, the speed and performance of Windows 7 mean people are viewing it as a new operating system, which it is.

A. The consistent feedback I get is that really there are two things. One is this end-user enthusiasm, so in a sense, the "consumerisation of IT" is working in our favour. Windows 7 users get a lot of value from it.

The second thing is its great IT value: enhanced security and single-image management, virtualisation (XP Mode and MED-V) and so on.

We've released TCO [Total Cost of Ownership] studies with Baker Tilly, BAA, the city of Stockholm, and National Instruments, and on average they're saying they can save about $140 per PC per year in TCO.

We've packaged best practices in what we call Jumpstart offerings.
They cover things like pilots, image creation, application compatibility, application virtualisation and so on, so you can have a very solid plan.

Q. Are companies clinging to IE6 proving much of a barrier to adoption?

A. It varies from customer to customer, obviously. Our experience is that it's either super-easy or it's very hard. It's kind of binary.

What we find is that the fear is worse than the reality, if they use some of the deployment tools and methodologies we've provided, and some of the virtualisation technologies. It's almost ten years since some customers have done this kind of thing, so they're using the transition to rationalise and reduce the number of apps they're using. Boeing reduced them from 11,000 to about 7,000.

Q. Windows 7 ships with IE8 but you're about to launch IE9. Presumably you'll encourage people to upgrade. Will you ship Windows 7 with IE9?

A. IE9 isn't out yet and our guidance right now is to go with IE8. IE9 has a compatibility mode for IE8 so you're protected, but I don't know if we'd ship IE9 with the operating system. The move to a support HTML5 and other standards is a very positive thing.

Q. Are companies upgrading as they buy new PCs in the refresh cycle or are they doing "big bang" upgrades?

A. Most organisations are having a mixed environment for a period of time, but they are moving to deploy as fast as they can.

Early on, we've seen more customers upgrade than install new PCs, when they're trying the product, but over time it will balance out. One of the great things about Windows 7 is that anything that will run Vista will run Windows 7, so three-year-old PCs will run it comfortably. The reality is that most enterprises will "wipe and load" - they'll put their own image on it whether it's a new PC or an old one.

Q. At the current rate of Windows 7 adoption, Windows XP is still going to be around for a long time. Is adoption going to speed up or slow down?

A. I actually think it will accelerate. On the enterprise side, it takes a certain amount of planning [to roll out Windows 7]. If you look at Boeing, for example, it will do 7200 this year: next year it will do 120,000. If you believe Forrester statistics and so on, it's not whether they're going to move, it's the time-frame.

Some application vendors are already talking about stopping support for XP: it's a ten-year-old operating system. It was designed for a very different environment.

Q. Are you seeing take-up of Windows 7 on new form factors such as tablets and all-in-one PCs with touchscreens?

A. Tablets? "Slates" is the term that we use. A bunch of slates are already out there and we're working with OEMs to deliver slates with compelling features. What we hear from customers, particularly enterprise customers, is that they want a great UI and a great way to deliver applications, but they also want the security and management they get with Windows PCs, office productivity, video conferencing etc etc.

I've heard of banks in the US implementing things with all-in-one machines, and there's a bunch of interesting business scenarios for them in things like healthcare and hotels.

Q. Do you want to talk about Windows 8?

A. There will be another version of Windows!