Why the iPhone's rumoured new dock connector is bad news 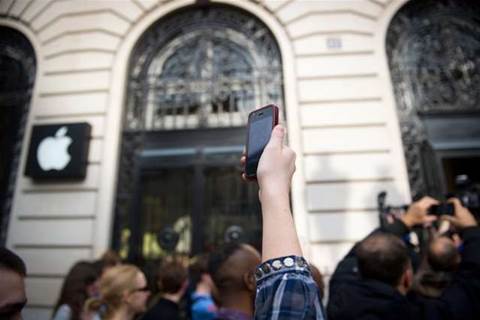 Here's a great way to really annoy your customers. Anthony Caruana explains why he thinks a changed dock connector on the iPhone 5 would be a really bad idea.

Rumours, even the most interesting type - confirmed rumours from anonymous insiders - are saying the the next iPhone will ditch the familiar 30-pin connector in favour of a slimmer 19-pin dock.
Here's a great way to really annoy your customers. Get them to buy your hot, new product. Establish a massive ecosystem around the product that delivers every possible accessory you can conceive of ranging from cases to speaker decks to oven thermometers to blood pressure cuffs. Then get your customers to invest heavily in the ecosystem so that they're locked into your product so that you stay loyal.
Newsletter Signup

I have read and accept the privacy policy and terms and conditions and by submitting my email address I agree to receive the Business IT newsletter and receive special offers on behalf of Business IT, nextmedia and its valued partners. We will not share your details with third parties.
That's been Apple's operating mode for the last nine years with the iPod and then iPhone. The secret sauce that's kept us coming back is that little 30-pin connector on the bottom of our iDevices. However, the very strong word on the street is that the 30-pin connector will be ditched in favour of a smaller 19-pin connector. So, all those accessories will either be rendered useless or you'll need a small adapter - hardly an elegant solution.
In our view, this is exactly the wrong time for Apple to be annoying its customers. For most of the iPhone's life, it hasn't really had a serious competitor. Sure, there have been plenty of other smartphones that have sold well but no handset has sold in iPhone-like numbers - until now.
The hottest handset on the planet is the Samsung Galaxy S III. With sales now topping the 10 million mark it's outselling the current iPhone. Apple will get a big sales bump with the next iPhone but if customers no longer have a bunch of accessories that are supported they might look at the Galaxy S III, or any number of other smartphones, and decide that now might be the time to switch.
Would you hand your strongest competitors such an advantage? Apple is obviously confident but is this the first crack in the Apple dam? What do you think?
Copyright © BIT (Business IT). All rights reserved.
Tags:
connector dock hardware iphone iphone 5
By Anthony Caruana
Jul 24 2012
1:50PM