Why one rude employee can bring down a whole business Research shows that rudeness is infectious, and can tarnish people's interactions beyond the original experience

I was just rude to you. In return you're quite likely to be rude to me, resulting in a spiraling passive-aggressiveness between us. While this behaviour may not be of great surprise, as can be seen in this 1999 study, the effects beyond our petty stand-off are surprising and could be potentially far-reaching for businesses.

New research published in Applied Psychology shows that rudeness and hostility go beyond isolated incidents and usually end up tainting our future interactions, which in turn causes this unpleasantness to spread further afield. Being a jerk, it turns out, is contagious.

To reach this conclusion, researchers from the University of Florida studied the behaviour of 90 students over three experiments in negotiation training. In the first part students played a negotiation game in pairs, in which they had to split a cash sum with their partner. This pot could be divvied up either fairly, unfairly or they could spitefully accept a low amount in order to prevent their partner from getting much. They would then move on to ten other partners and repeat the process.

Not only would a subject with a rude partner be inclined to spite them, when they moved onto to another partner their behaviour would prove rude in the eyes of the next negotiator too, causing the spiteful split to be repeated. In other words, if you and I were playing, and you spited me for being rude, your next partner would be more likely to do the same to you. 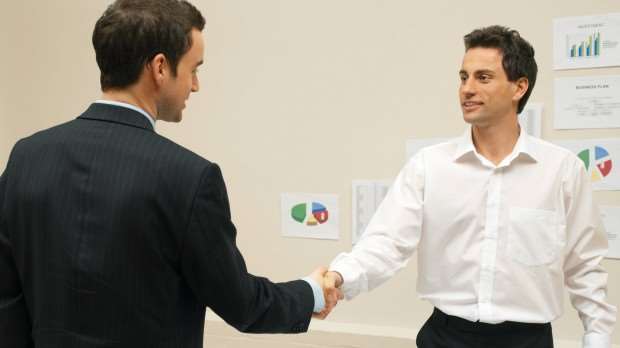 The next study assessed why rudeness tends to be passed on in this way. Researchers found that if subjects witnessed rude behaviour (in this case, the experimenter aggressively humiliating a staged latecomer), they were far quicker at identifying words that described rude behaviour (“pushy” and “boorish”, for instance) in a word-recognition task than those who didn't suffer the interruption.

The final experiment examined ambiguous correspondences in a variant of the negotiation game from the first part. Set in a fictional bookshop, half the participants were shown a video recording of a rude altercation between co-workers at the shop, before deciding how to split money with a customer who'd sent an email about an undelivered book.

While neutral emails were treated fairly in the majority of cases, emails with an ambiguous tone (“I REALLY need those books. I hope this isn't asking too much!??????”) were treated as neutral by those who hadn't seen the video, but spited by those who had. This suggests our interpretation of tone is influenced by recent experience.

What's the take-home here? That bad attitudes spread. For businesses, the study suggests, one bad apple can quickly turn a happy organisation into a deeply unhappy one, full of passive-aggressive sniping, mean-spiritedness and bruised egos. It's well documented that this kind of environment has a negative impact on productivity.

The solution to the problem is to break the cycle – so if you've  on the receiving end of rudeness then don't pass it on – but that's considerably easier said than done.

If it makes any difference, I'm sorry for calling you a jerk at the start of this piece. That was rude of me.

I have read and accept the privacy policy and terms and conditions and by submitting my email address I agree to receive the Business IT newsletter and receive special offers on behalf of Business IT, nextmedia and its valued partners. We will not share your details with third parties.
Copyright © Alphr, Dennis Publishing
Tags:
rude behaviour rudeness
By a Staff Writer
Jul 31 2015
3:36PM