Why it's time to start looking at alternatives to Bento 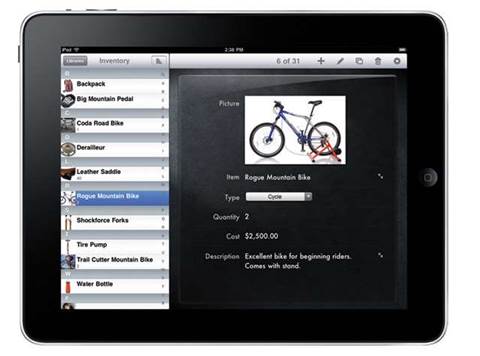 Looking for a replacement for the handy little software tool Bento? Here is a basic introduction to FileMaker and how it's different.

Bento is one of those useful tools you can use to keep track of all sorts of things - timesheets, customers, events...the list goes on.

So it is interesting that FileMaker recently stopped offering new versions of Bento. So what if you use Bento? Below we explain why we think you should start looking at alternative software and we explain how FileMaker is different.

Bento and FileMaker: what are they?

FileMaker (the company, not the product) had two main products until 30 September 2013: Bento and FileMaker Pro.

Why it's time to start looking at alternatives to Bento

Although FileMaker, which is a wholly owned subsidiary of Apple, has stopped developing new versions of Bento, that doesn’t mean it's going to stop working. If you have Bento installed on your Mac or iOS devices it will continue to work – for now.

Apple releases new versions of OS X and iOS every year or so. It's a fair bet that at some point, one of those changes will alter the way Bento works. For example, under OS X Mavericks, Bento still works, but the entry of some data can be a little flaky. If I enter a time into my timesheet application, it defaults to AM unless I manually type PM. That's just an annoyance but it's possible that a future change will render Bento inoperable.

While Bento still works, my advice is to start looking at alternatives and to plan a transition sooner rather than later if you have a Bento application you rely on.

As a general rule, when a developer stops updating and maintaining an application you rely on, it's time to start looking for alternatives so you can transition cautiously rather than having to make an urgent change when something important breaks.

What are some alternatives to Bento?

There are several alternatives to Bento. I've moved my Bento applications to FileMaker Pro Advanced 13 - the most recent release. However, there are other options such as HanDBase and Tap Forms.

The main reason for choosing FileMaker is so that I can access my data on my main computer - a MacBook Pro - and on my iOS devices using the free FileMaker Go app. Also, as a new version of FileMaker Pro was just released and this was an opportunity to check it out.

Migrating from Bento to FileMaker

This tool is designed for migrating data from the desktop version of Bento. If you only use the iOS version of Bento, you'll need to open your library and choose Email Library to get your data out. Then you can manually import it into your preferred program.

The Bento to FileMaker migration tool worked quite well for me. Not only did my data come across but the formatting and layout of my data entry forms was preserved.

But I did lose one thing. In my timesheets application I had a field that automatically calculated the number of hours I worked for a client by subtracting my start and finish times. That calculation was lost so I had to recreate it. It wasn't difficult but it was unexpected.

Which is better: FileMaker or Bento?

FileMaker actually has two main applications: FileMaker Pro (which has two options – the basic version and an Advanced version) and FileMaker Server. You don’t need the server but if you plan to share your data across multiple people it's very useful. That's something Bento could not do as it was firmly pitched as a single-person solution.

Data output options from FileMaker are more sophisticated as well. You can create custom reports and different onscreen layouts as well as send email directly out of your database. For example, I have created an iPad-friendly version of my timesheet system that is touchscreen enabled.

In short, FileMaker is a far more flexible solution that is useful for small businesses where data needs to be shared between multiple people.

As I see it, there are two issues with moving from Bento to FileMaker Pro.

FileMaker Pro is significantly more expensive than Bento. FileMaker Pro costs $329 with the Advanced version jumping to $549. You can compare the differences between the two options.

FileMaker Server 13 costs $1,044. That's almost $2,000 cheaper than the previous version but still quite a significant investment.

FileMaker Pro is a significantly more complex application to use than Bento. While that offers lots of benefits and opportunities, it also means you'll be surfing a learning curve as you update and maintain your database applications and information.