Why I found the Galaxy Note's pen indispensable, but also annoying 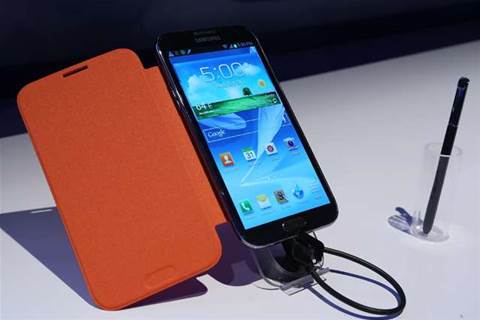 Linked gallery: What is a pen phone for? Here's why Samsung thinks the Galaxy Note 3 is so special

Wondering if Samsung's new Galaxy Note 3 pen phone is for you? Krishan Sharma explains what he liked and didn't like about the Samsung Galaxy Note 2.

I have been personally using the Samsung Galaxy Note 2 since the smartphone was released back in November of last year and have found the stylus indispensable for jotting down notes.

But while I enjoyed using the stylus to take notes, many people (myself included) found the learning curve too steep when it came to using the other S-Pen related features.

What I found annoying about the pen

It was annoying as you had to take quite a bit of time out to learn/self-train all the different gestures in order to be able to use those other S-Pen related features. And in the event you forgot how to perform a particular gesture, you would have to dig back into the settings to find out how to do that specific command again.
Newsletter Signup

For example, to bring up Quick command, you would need to hold the button down on the S-Pen while swiping up with the S-Pen and then entering the preset gesture.

It looks as though Samsung has listened to feedback with its newly unveiled Galaxy Note 3 and replaced the burdensome task of memorising all the different commands with a pop-up menu instead that acts as a launcher to key S-Pen tasks.
Samsung calls the pop -up menu "Air Command" and it appears whenever the S-Pen is removed from the phone but can also be initiated by clicking the built-in button on the stylus.
Too many symbols
With the Galaxy Note 2, using Quick Command you had to enter a specific symbol for it to recognise the command. So for example, exclamation point followed by an address launched the address in Google Maps or "@" symbol followed by name of a contact will compose a new email message to that person.
Samsung have simplified this with "Action Memo" which now removes the barrier of having to remember symbols. Instead you just write the number or address for example and it will automatically recognise it as either an address (and launch Google Maps) or a contact to call or save.
According to the press release, Air Command on the Galaxy Note 3 now  provides access to special features like "Action Memo", "Scrapbook", "Screen write", "S Finder", and "Pen Window" (which lets you draw a box where you want another app, like a calculator, to appear).

In addition, Samsung has made some improvements to one of  the most useful features from the Note 2, Multi Window.

Multi Window allows you to run two apps simultaneously with each app filling up one half of the screen. This time around however, you can drag and drop content between the open apps and also run the one application in two windows at the same time.

For instance, you can read the news in one browser while conducting a web search in another or drag an image from the browser window and drop the image straight into an email turning it into an attachment.

What else is new?

On the hardware side, Samsung have made a number of improvements such as increasing the screen size to a 1080P 5.7 inch display, while still being lighter and thinner than its predecessor.

The Note 2 was one of the few phones on the market that you could comfortably achieve all day battery life with and Samsung says that they have boosted the runtime on the Note 3 even further through software optimisation and a slightly larger battery.

The Note 3 is also the first smartphone to come with 3GB of RAM on board in addition to 4K recording and playback capabilities.

We are waiting on a local release date, but Samsung has confirmed that all four major carriers will be selling the device on contract including Telstra, Optus, Virgin and Vodafone.