Why a multifunction device deserves a place in your business 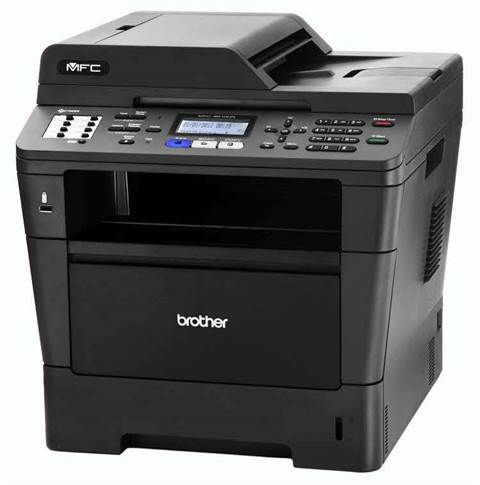 If you need a printer, there's a good case for finding a bit more budget, and instead buying a multifunction device.

Multifunction devices (MFDs) print, scan, copy, collate and sometimes fax all in one unit. Some purists distinguish between 'true' MFDs that can do two or more operations simultaneously (such as scanning one document while printing another) and 'all in ones' that can only cope with one thing at a time, but for many small businesses this distinction isn't particularly relevant - so we'll use MFD as a catch-all term.

Generally speaking, an MFD doesn't cost a lot more than an equivalent printer, and it takes up the same amount of space. So in those respects, it's a bargain.

Taking the need for a printer as read, why would you want an MFD?

For some people, the ubiquitous mobile phone and its camera have largely taken the place of a scanner, especially for quickly capturing receipts and similar items. Pseudo-scanner apps can take care of the keystone effect caused by the camera not being exactly centred over the document and then automatically crop the object, but getting even lighting can still be a challenge. And then there's the matter of adjusting the resolution so the image is sufficiently detailed without giving an excessively large file. Basically, it's a fiddle. It's time you could be spending, you know, making money.

Using a real scanner - as part of an MFD or a standalone unit - seems to give better results with less effort, especially if you have a multi-page document and a scanner with an automatic sheet feed.

(That said, the CONCEPT of using a smartphone to scan is definitely attractive. If you've found a really good 'scanner' app for phone or tablet cameras, please let us know in the comments. All those we've tried have proved disappointing.)

Then there's copying. A lot of small businesses occasionally need to copy documents, but not often enough to justify a standalone copier. Copy shops still exist and self-service copiers can be found at newsagents, libraries, office supply stores and so on, but even if one is close enough you might not be able to leave your premises during business hours.

Copy quality is good enough for most purposes even with the cheapest inkjet MFDs we've tried, and at low volumes the cost per page doesn't really come into consideration. Once you move into laser territory, you're talking about the same technology as used in standalone copiers anyway.

Fax usage is ebbing, but if your customers or suppliers insist on using this mode of communication there's not a lot you can do about it. Online fax services can do away with the need for a fax machine, but sending paper originals (signed documents, sketches, hand-completed forms and so on) this way is a lot more trouble, as you need to scan them before sending. A fax-enabled MFD saves space compared to a separate fax machine, and sending a fax is no more time consuming than scanning a document.

If you receive lots of faxes, the per-page cost of a low-end MFD may become an issue. Moving upmarket might be justified, even if your other print volumes are quite low. You don't have to spend a fortune to gain the ability to direct incoming faxes to a computer instead of printing them, saving paper and ink or toner.