Why 2017 will be the year of artificial intelligence 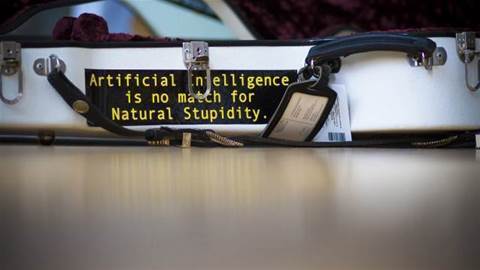 “There isn’t a single sector where AI won’t have an impact on our lives,” says a leading IT executive.

If there’s a single technology trend that defined 2016, it’s the rise of machine learning. Occasionally obvious, but more often invisible, the services that we work with every day are getting smarter. Siri tries to anticipate which apps you want to look at. Google works out what your daily commute is and proactively tells you if there are delays. Microsoft’s Office 365 works out which emails are worth reading and which are just meaningless clutter.

All of this is great, but intelligence isn’t defined solely by the ability to learn from data you’ve experienced. If it was, even humble chess programs would be intelligent. The next stage is artificial intelligence, which goes much further.

To find out more, we spoke to Alex White, vice president for enterprise business at Nvidia, the graphics hardware company that has invested heavily in AI and ‘deep learning’ over the past few years.

White’s opening gambit is to draw a distinction between machine learning and AI. “Machine learning is simply taking existing data and analysing what happened. Take an example of a communications company: machine learning will help you work out why your masts went wrong. AI is different, because it’s about anticipating when something will go wrong. That requires highly sophisticated models, and often the models are incomplete, which is where the intelligence comes in.”

AI, then, is more than machine learning – but it’s less than the kind of conscious, fully self-aware computer of our science-fiction dreams. Don’t expect to have a conversation with a real person any time soon.

So how far away are we from AI having a real impact on our lives? According to White, closer than we think.

“AI is everywhere. The number of academic research projects is vast, and we work with around two million researchers around the world. We’re not seeing a lot of mainstream deployment of AI in business yet, but it’s really close.”

And once AI starts to be deployed, it’s likely to snowball as businesses see the benefits and scramble to keep up. “Businesses are already starting think about what AI can help them to do. There isn’t a single sector where AI won’t have an impact on our lives, and that’s a good thing,” says White.

“AI can eliminate errors which human beings have already built in to our processes. Take a simple example of advertising. If I book a holiday with a travel agent and they keep spamming with offers for the same place for a year, that’s not helpful. An AI could work out when I’m really likely to want that kind of offer, and make sure I only see it then.”

But this kind of increased efficiency from AI will mean only one thing: fewer jobs for humans? White thinks that actually what AI will do is allow us to focus human resources on the things which humans do best.

“Take hospitals and cancer treatment. AIs can help us develop new drugs faster – for example, one potential new treatment was modelled in just seven days on our hardware, when it would have taken months using a conventional algorithmic model running on something like Amazon Web Services.”

And an AI system can also use image recognition to spot potential issues on scans early, which means earlier and less costly intervention.

This frees up beds – but it also frees up experienced doctors to focus on the cases that AI can’t (yet) help with. In this sense, AI won’t replace doctors, it simply lets them get on with dealing with patients who can only be helped by human beings.

How far and how fast can AI go? The limit at the moment is mostly around two things: imagination, and skills. There are many years of experience in using AI in academia but companies need to step up, work with academics, and recruit like crazy if they are going to make the most of it. If companies can do this quickly enough, then 2017 will be the year when AI makes its real breakthrough.