Who's watching your office? IP security cameras as cheap as $119

Ever worry about your small office being broken into? Here is a basic introduction to IP cameras, which can watch your workplace for you.

There was a time when installing a security system would cost a small fortune and required a technician. But it's now possible to install a security camera system in your office at little cost without needing to hire an expert.

Lets look at some options. 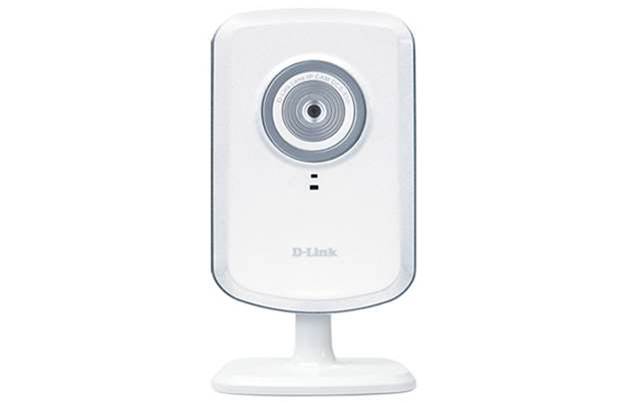 Although it's named as a "home" camera, the DLink DCS-930L Wireless N Home Network Camera is a good option for a small office. It connects to your network by either Ethernet or WiFi, is about 12cm tall and can pivot so you can set the viewing angle. The DCS-930L has a microphone – we’ve found it can pick up the rustle of paper and a finger click at about 5m easily. If you want to be able to see in the dark, you'll need to look at the slightly dearer DCS-932L which has infrared LEDs and a low-lux image sensor.

The DCS-930L set up process guides you through creating an account with Dlink's cloud service, mydlink. mydlink lets you access and control the camera from anywhere with a web browser. There are also iPad and smartphone apps (for both Android phones and the iPhone). The smartphone versions support viewing one camera at a time with the iPad version allowing up to four cameras to be viewed simultaneously.

The DCS-930L can send an email with photos whenever its motion sensor is activated so you can alerted to any potential security issues and to check on the situation remotely. Alternately, images can be stored on a shared folder on a computer on your network. 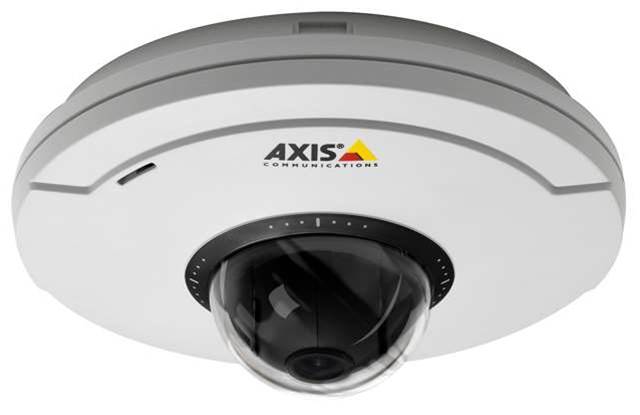 If your budget can stretch a little further then something like the Axis M5014 is worth considering. The M5014 is quite easy to install although you will need a screwdriver to mount it. It doesn't require an electrician as it gets its power using Power over Ethernet, or PoE. For this to work, you need network gear that is capable of delivering power through your network cabling.

The camera connects directly to your network and you set it up using the provided software. That part of the process only took about 20 minutes and assumes a moderate level of IT knowledge. However, it doesn't require specialised skills so can be done by anyone capable of installing software. The Axis website has an installation tutorial you can can consult.

The images captured by the M5014 can be stored to a memory card in the camera or to a location on your network. They can also be emailed to you when the camera detects movement. The image quality is excellent. We could read the title from the spine of a paperback at about 3.5m - well and truly good enough to detect the face of an intruder.

One of the neat features of the M5014, and other "professional" security cameras is that the can pan, tilt and zoom. You'll often see see abbreviated as PTZ when you're looking at different cameras. Using the camera's desktop software, you can actually move the camera around to scan an area.

The Axis Communications M5014 costs about $700. In addition, you'll need a network switch that supports PoE and storage on your network for retaining footage captured by the camera. 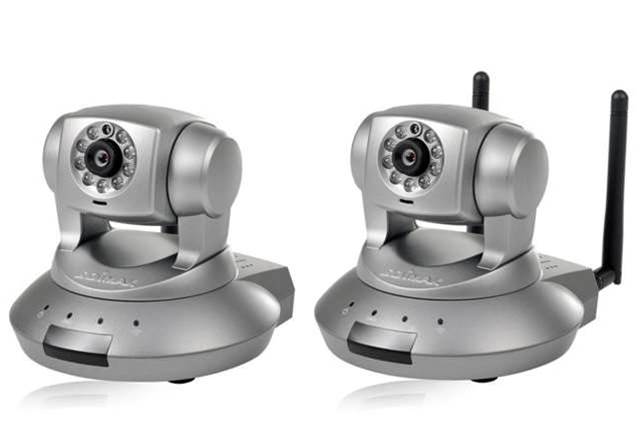 Edimax offers another option that hits the spot in terms of price and features.  Both the Edimax IC-7110W and IC-7110P are easy to set up and don't require any special network settings to be configured so that you can view what they see from your iPhone or Android phone. The free “Edimax Plug-n-View” mobile app is available for both platforms.

Video can be recorded and viewed at a resolution of 1280x1024 - that's high definition. Edimax employs video compression so that storing footage doesn't end up costing you an arm and a leg. The cameras can be remotely controlled so you can pan, tilt and zoom them.

Both cameras have an auto Night Vision mode for video capture when the lights are out with range up to 4m. Snapshots can be taken and recording commenced using a motion sensor so you're not recording hundreds of hours of nothing happening. The recordings can be sent either to a computer, server or directly to an SD card.