Who do you think you are? The problems with workplace personality tests 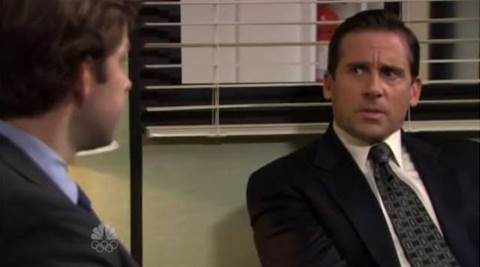 Personality assessment is often used by recruiters to predict workplace success, with varying degrees of accuracy.

Employers recognise that work performance can’t be predicted perfectly by formal qualifications, references and interviews. Job candidates may have sheaves of diplomas, incandescent recommendations, a charming demeanour and a firm handshake but still turn out to be poor performers. Could these costly recruitment errors be averted?

One missing ingredient in selecting high-performing workers is personality. People’s dispositions to think, feel and act in particular ways may help predict who will cut corners, miss deadlines, crumble under stress, spread rumours, pilfer stationery and fail to get along with their co-workers.

Do recruiters then only need to assess a few personality traits of job applicants to improve hiring decisions? Unfortunately that’s no simple task when people know they are being assessed and the assessment may have real consequences. People who are aware their responses on a personality test may decide their future employment have a strong motive to exaggerate their virtues and hide their flaws. This motivation to “fake good” can bias personality assessment.

Personality assessment also faces another challenge. People may lack accurate self-knowledge, failing to see themselves as they truly are — or at least as others see them. This is a problem of ignorance rather than bias. Surly misanthropists know that it is better to present themselves as warm idealists on a personality test, but they may also lack insight into the wrinkles in their character. Job applicants are apt to airbrush their failings but they may also be unaware of them. Both tendencies weaken the validity of personality assessment, contributing to scepticism about the practice.

The recruiter who wants an unvarnished, warts-and-all personality portrait of prospective employees must therefore overcome two problems. A small industry of psychologists has sprung up to do so. They have developed an assortment of clever ways to detect blatant and subtle ways of faking good so that their personality assessments can be corrected for bias. These include “lie scales” containing items that have an implausibly virtuous response and an honest one (“I have never told a lie”). People who repeatedly endorse the implausible option are assumed to be distorting their other responses as well — the very occasional true saint notwithstanding.

The problem of limited self-knowledge is more knotty. If people are unreliable informants about themselves, perhaps we could ask someone else about them to get a truer picture. There has been a surprising lack of research into this possibility but new research takes a step in that direction. The authors reviewed 16 studies exploring correlations between workers’ job performance and their personality traits as assessed by other people (“observers”). They show that although people’s self-reported personality traits predict their job performance to some degree, other people’s judgements of their personality predict it even better. That is, other people’s appraisals of the workers’ personalities were a better guide to how they behaved in the workplace.

At one level, this is surprising. We imagine that our intimate first-person knowledge of our thoughts and feelings should make us a more authoritative judge of our personality than anyone else. The idea that a mere observer could render a more valid judgement of our character seems absurd. However, at another level, the absurdity dissipates. Observers can be more objective.

They don’t share our motivation to present us in the best possible light. They can see sides of us that are only evident from another person’s perspective, such as how we come across in our everyday interactions. They can more directly assess how we compare to our peers. In sum, other people can have a more neutral and clear-eyed view of what we are really like.

So what should recruiters do? Should they ask a job applicant’s mother or close friends for an appraisal of the applicant’s personality in the hope that it is more valid and revealing than the applicant’s own? Probably not.

Observers who have an interest in the applicant’s welfare are likely to be just as unreliable as the applicant. But people who use personality tests in recruitment should find ways to go beyond self-report. Personality does predict work performance, but when neutral observers judge it, it may predict performance even better.

Nick Haslam does not work for, consult to, own shares in or receive funding from any company or organisation that would benefit from this article, and has no relevant affiliations.