Which tech companies can be trusted with your data? 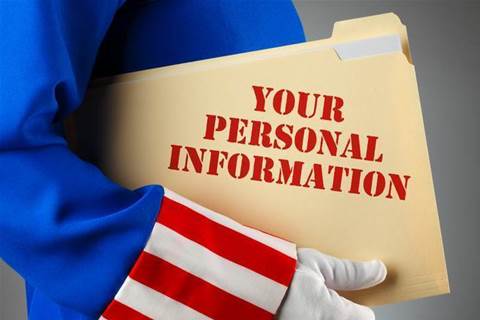 A new report reveals the companies doing a good job of protecting users from snooping governments – and those that aren't.

The tide of public opinion appears to be turning against tech companies. From Uber’s collection of controversies, to Facebook’s struggles of shaping a generation, tech companies have been eliciting suspicion, discomfort and downright derision.

But by far one of the most insidious undertakings of the tech industry is the divulgence of personal data to governments. Thankfully, the US-based Electronic Frontier Foundation (EFF) is on hand with Who Has Your Back, a publication which, for the past seven years, has scrutinised this perfidious dynamic, incentivising tech companies to create a climate of greater transparency.

And it’s a force for good with tangible results, as this year’s report would suggest. The EFF reports that every company evaluated did indeed adopt baseline industry best practices, citing two reassuring examples: the necessary acquisition of a warrant before passing on user data to the government and the publication of a ‘transparency report’.

The report is US-centric, but nevertheless it’s useful for Australians because many of companies we deal with every day are from that jurisdiction.

Who Has Your Back ranks companies according to five criteria:

The tech companies with the best scorecards

No fewer than nine companies received credit in all five of these categories:

That doesn’t mean you can be complacent with your data with these (or any) organisations – and, of course, you always take privacy measures such as using strong passwords. As the report says: “There’s still significant work to be done to defend user privacy and shed light on government attempts to surveil our digital lives.”

Nevertheless, it’s pleasing that these nine household names are accredited with a track record of defending user privacy and repeatedly recognised for their vigilance in Who Has Your Back.

It’s not all good news though. Internet titans Amazon and WhatsApp fell short of the criteria met by its smaller rivals, including a failure to inform customers of government data requests.

Interestingly, the four lowest performing companies were all telcos and big names among them: AT&T, Comcast, T-Mobile and Verizon. Australia’s telcos were not covered by the report.

Who Has Your Back results

So, overall, it’s a bittersweet mix then. While many technology companies should be lauded for their prioritisation of user privacy over government snooping, there remain many notable omissions from this trend. Disappointingly, despite being two of the most prominent names in the industry, Amazon and Whatsapp aren’t leading the way for customer privacy protection.

Hopefully, the valuable scrutiny provided by Who Has Your Back will provide adequately mounting pressure for amendments to be made. With great power comes great responsibility. It’s about time we levied that mantra onto the internet.