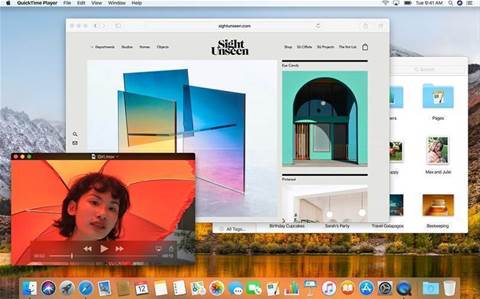 Apple’s new desktop operating system offers a new file system and a host of other tweaks.

The new macOS High Sierra has just been released and Mac users can enjoy a host of new behind-the-scenes tweaks and upgrades, including a new Apple File System, which is available to every Mac with all-flash internal storage. It has an advanced architecture, is more responsive and Apple claims it is more safe and secure.

Through High Sierra, developers can now also create virtual reality experiences on the Mac for the first time, as long as they have the new iMac with Retina 5K display, the new iMac Pro coming in late 2017, or any supported Mac with a discrete graphics processing unit. There's optimised support for SteamVR and the HTC Vive, too.

It's also easy to share any file in iCloud Drive with a simple link. When you send the link, the recipient simply needs to click on it to begin working, much like other cloud services such as Google Drive.

Video editors will be pleased to see the update brings in HEVC (High Efficiency Video Coding), which can compress videos up to 40% better than H.264. Videos will stream better and take up less space while preserving the same video quality.

There's new features in the Photos app, a new web browsing experience in Safari and even a faster way to browse Mail. Safari also keeps unexpected and unwanted autoplay videos from playing, although you can authorise certain sites to autoplay these kinds of videos too.

Finally, Siri is more expressive, with a more natural voice, and she also can learn your music preferences by seeing what you listen to on Apple Music.

macOS High Sierra is more of a behind-the-scenes refresh rather than a brand new OS, but there are still some standout new features in the update. The biggest of these is a heavier focus on VR, with heaps of new support for SteamVR, which is currently being optimised by Valve to run on Macs. Unity and Epic are also doing the same with their own VR engines, and HTC has also said its Vive headset will be compatible with High Sierra.

Apple also revealed its updated developer platform known as Metal 2. This promises to make it easier to tap into the graphics processing power of the Mac range, featuring a new application programming interface that adds support for machine learning, speech recognition and natural language processing for the development of apps.

The Apple File System will also be a feature on the new OS, a highly sought after addition that will modernise file storage on Macs. It will drastically improve performance on file transfers and backups, as well as provide a one-stop place for accessing locally stored content and data held in third party apps such as Box and Dropbox.

Safari also sees a significant performance boost under High Sierra, delivering up to 80% faster speeds over major rival Google Chrome, according to Apple's own statistics. It will also include a new Auto Blocking feature that blocks auto-play videos on websites, as well as a Split View mode for the Mail app.

The Photos app now has a new Edit view that allows users to fine-tune the colours and contrast of an image, and will also, for the first time, grant direct access to third-party publishing services from within the app. 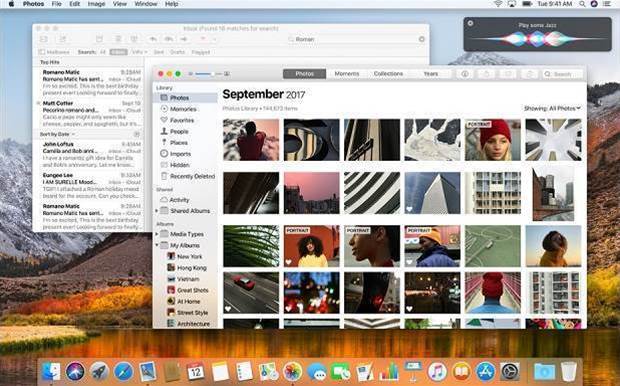 So far Animoto, Shutterfly and Wix are confirmed Apple partners, with more likely to be added nearer full release.

Ever since 2013, Apple has named its macOS releases after locations and landmarks in its home state of California. We've already had Sierra, El Capitan, Yosemite and Mavericks.

Can you get it?

macOS High Sierra is a free download for those with compatible Macs: