What type of router do I need? 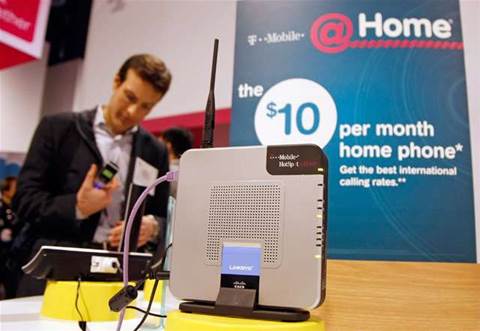 Need a router for your home or office, but know absolutely nothing? Read about routers, speeds and types of wireless and what to do on a tight budget.

If you've been playing with networks as long as we have, you'd remember when router cost tens of thousands of dollars. Today, you can buy a router for less than $100. But what are you buying? What do those specifications mean? Our router jargon buster will help you choose the best router for your business.
What is a router?
Newsletter Signup

I have read and accept the privacy policy and terms and conditions and by submitting my email address I agree to receive the Business IT newsletter and receive special offers on behalf of Business IT, nextmedia and its valued partners. We will not share your details with third parties.
A router is a network device that acts as a broker. When a device is connected to a network, it needs to be given a unique address on the network and communications between devices need to be managed so that there aren't any clashes. The router does all of this by managing wired and wirelessly connected devices.
Wired connections
Most routers let you connect devices to your network with an Ethernet cable. Modern routers come with two types of wired connection; 10/100 or Gigabit Ethernet.
Gigabit is the fastest connection - it's rated as 10 times faster than 10/100 connections. If you plan to move lots of large files between computers on your network, it's worth investing in a dearer router that supports Gigabit connections.
Most routers offer four wired connections. If you're planning to connect more than four wired devices, then you may need to spend a little more and look for a router that has more ports.
Wireless Connections
Although wireless networks have been around for a while the standards are still evolving. Here's a brief rundown of the different wireless standards that you'll see on the side of a router box
802.11b: This was the first, widely used wireless networking system. It offered up to 11Mbps of speed and uses the public 2.4GHz wireless frequency range. It's still popular with wireless hotspots and is supported in modern routers for connecting older computers.
802.11g: One of the problems with 802.11b was speed. 802.11g delivered a significant speed bump to 54Mbps over the 2.4GHz band.
802.11a: This was the first popular wireless standard that used the 5GHz frequency. Like 802.11g it was rated at a speed of 54Mbps never really got a lot of traction as it wasn't backwards compatible with the popular 802.11b.
802.11n: 802.11n upped the ante with speeds of up to 600Mbps and support for both the 2.4GHz and 5GHz frequencies. When you read about "dual-band" routers - these support both frequencies. Cheaper routers only support 2.4GHz. A handy extra with dual-band routers is that they make it possible to create two wireless networks - one for business and one for guests.
802.11ac: As the newest wireless standard, 802.11ac is not surprisingly the fastest. We recently covered the ins and outs of 802.11ac (http://www.bit.com.au/News/303144,office-networks-what-you-need-to-know-about-80211ac.aspx) so we won't repeat that.
Buying scenarios
Now that you're armed with the information in plain English what are your choices? Here are three scenarios to help you.
If you're on a tight budget, connectivity is king and performance is secondary. A router with only 10/100 Ethernet and single band 802.11n is likely to cost less than $100 and will get you connected.
If wireless performance is the main thing and you won't be connecting wired devices, then a dual-band wireless router will suffice.
If your budget can stretch, then a dual-band router with Gigabit ethernet will deliver the fastest performance on both wired and wireless connections.
Copyright © BIT (Business IT). All rights reserved.
Tags:
80211ac cheap hardware router
By Anthony Caruana
Jul 4 2012
12:11PM