What the space agency will mean for business 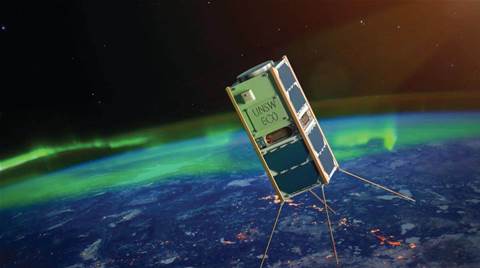 In a sector worth at least $4 billion, “national coordination” could deliver more growth to help startups and others.

The Australian Federal Government's plan to establish a national space agency is aimed at supporting the development and application of space technologies.

“The global space industry is growing rapidly and it's crucial that Australia is part of this growth,” said Acting Minister for Industry, Innovation and Science Senator Michaelia Cash.

“A national space agency will ensure we have a strategic long-term plan that supports the development and application of space technologies and grows our domestic space industry.

“The agency will be the anchor for our domestic coordination and the front door for our international engagement.”

The proposed agency's charter is expected to be written by March 2018.

The announcement was welcomed by NASA and the European Space Agency, which both see the proposed agency as a route to increased cooperation.

Agency to help grow the sector

According to the Australian Centre for Space Engineering Research (ACSER) at the University of New South Wales, nation-to-nation requests for collaboration in space missions and projects are currently passed on to Geoscience Australia, the CSIRO or the Bureau of Meteorology, which are world-class at users of space facilities but largely unqualified in building, launching and operating in space.

ACSER says Australia's space industry is estimated to be worth around $4-5 billion and employs about 11,500 people. “But we need a space agency to grow this,” said ACSER director Andrew Dempster.

“We've got only two percent of the global space market, but we should have four percent based on Australia's proportion of global GDP. So there's a real opportunity there, because we have the skills and there are Australian companies operating in this area, but no national coordination.”

The UNSW-EC0 and INSPIRE-2 satellites deployed earlier this year were built at ACSER, as was the space GPS hardware and software for Project Biarri, a cubesat mission by Australia's Defence Science and Technology Group that is part of the Five Eyes defence agreement with Canada, New Zealand, the United Kingdom and the United States.

“We've got more hardware in space today than Australia's had in its history,” added Dempster, who is also a member of the advisory council of the Space Industry Association of Australia. “This shows what we can do in Australia in the new world of 'Space 2.0', where the big expensive agency-driven satellites are being replaced by disruptive low-cost access to space.”

Local startups that are active in the sector include Fleet , Gilmour Space Technologies, and Saber Astronautics.

At the recent International Astronautical Congress (IAC) in Adelaide, Fleet announced it had signed a memorandum of understanding with French space agency CNES for Fleet's first nanosatellites to be tracked and supported by CNES. The launch of those satellites is scheduled for 2018.

“There has never been a more exciting time in the Australian space industry,” said Fleet co-founder and CEO Flavia Tata Nardini.

“Our businesses are thriving, and are entering the world stage. We have quickly growing startups like Fleet, Gilmour and Saber all playing in the same league as NASA and other major space organisations. It's a testament to the burgeoning Australian space industry that the IAC is here this year.”

Gilmour Space Technologies is developing rockets that use 3D-printed fuel, though most of its R&D is happening in Singapore.

Saber develops the PIGI mission control software, with commercial licences starting at $4000 (or $15 per month for students and hobbyists). PIGI has been certified by the US-based Space Foundation.

The company was recently awarded a contract by the Department of Defence to develop technology to autonomously identify electronic threats. The technology could be used to improve communication between satellites and their operators.

The Labor Party had already announced plans to set up a space agency as a body charged with opening up opportunities for the local space sector, so the agency seems likely to go ahead regardless of the result of the next federal election.