What the ‘NBN tax’ really means 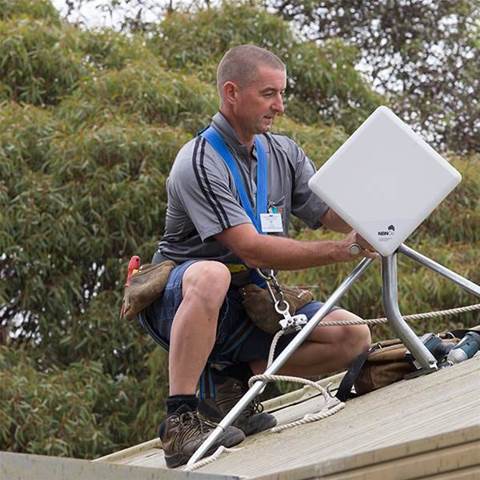 We explain the Federal Government’s move to make non-NBN carriers contribute to the cost of providing broadband to regional areas.

There’s been a lot written about the so-called “NBN tax”, and what it could mean for broadband prices and service providers. But what’s really happening and what does it really mean for business and residential broadband users?

To understand what’s going on, we need to go back to the launch of the original NBN, where one of the key concepts was universal service at consistent prices.

It wouldn’t matter where your home or business was located, the NBN component of the price you paid for services would be the same for a given speed tier. The wireless and satellite technologies used to cover non-metropolitan areas might not have been capable of the same speeds as fibre-to-the-premises (FttP – remember that?) but a 25Mbps service in Cobar would cost the same as one in Coogee.

What the current Federal Government has done with its new draft legislation is agree that a degree of cross-subsidisation makes sense, so it’s moving to ensure that carriers other than NBN Co contribute appropriately.

The RBS will be 90 percent funded by NBN Co, reflecting that company's role as the default provider around the country. But the other 10 percent – initially $40 million a year – will come from the other “eligible fixed-line superfast broadband networks”. (‘Superfast’ means 25Mbps or more, but xDSL and inactive services are excluded.)

While NBN Co will initially be the sole recipient as it is the only relevant provider, there is provision for other companies to receive money from the RBS.

So NBN Co will pay 90 percent of the RBS funds and receive almost 100 percent (initially approximately 0.18 percent will go on administration costs), leaving it better off as it is no longer solely responsible for the cross-subsidy.

Ultimately, the extra money will come from competing carriers such as TPG, which will be required to pay $7.10266 per line per month, made up of a $7.09 line charge (indexed from the second year of the scheme's operation) and $0.01266 administration fee per line (indexed from the sixth year). It seems likely these charges will be passed on to customers.

Lines currently operated by Telstra, Optus and other companies that are either being transitioned to the NBN or being deactivated or decommissioned are exempt from the charge, as are providers with fewer than 2000 lines. The 2000-line limit may be increased to no more that 20,000 by changing regulations – that is, without amending the legislation.

So the effect of the legislation will be to slightly reduce NBN Co’s net costs, which will hopefully result in lower charges to its retail service providers. And – again hopefully – they will in turn reduce their prices to business and residential customers.

On the other hand, customers of non-NBN fixed-line broadband providers that aren’t exempted from the RBS are likely to be faced with an extra $7 or so on their monthly bills. But we’d argue that they shouldn’t complain too bitterly, as this is really just a contribution to the cost of universal service that they’ve previously escaped paying rather than a new tax.

The proposed legislation also creates a Statutory Infrastructure Provider (SIP) regime. “SIPs will be required to connect premises to high speed broadband following a reasonable request from a retail service provider,” according to the Ministers’ statement.

NBN Co will be the default SIP for all of Australia, and other carriers can become SIPs, for instance if they are the sole provider to a new development. If a carrier has signed a contract to provide infrastructure and services in a locality and undertaken to serve all premises in that locality, it must declare itself as the SIP.

The third aspect of the legislation aims to prevent anticompetitive behaviour and put downward pressure on broadband pricing. Interestingly, there is a proposal to make breaches of certain rules civil rather than criminal matters, as they are now.

Details of the legislation and the opportunity to make submissions can be found here.