What is PayPal One Touch? 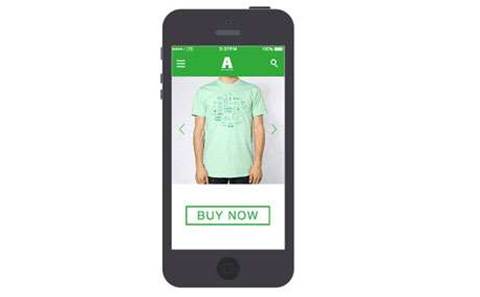 PayPal has brought its One Touch facility to Australia. Click here for a brief introduction.

Several online merchants have missed out on sales because they tried to force me to jump through hoops and "create an account" when all I wanted to do was type in my name, address and credit card details and then get on with life.

But PayPal - in conjunction with its Braintree subsidiary - thinks it has the answer.

Braintree's One Touch payment service allows online retailers to include a Buy Now button in their shopping apps. Once the customer has initially authorised One Touch transactions, they go though without having to enter any information.

If you think of it as being similar to Amazon's 1-Click technique extended to allow multiple vendors access to the same set of account details, you probably wouldn't be too far wrong.

From the merchant's perspective, the main drawbacks are that One Touch is only applicable to mobile apps, not web sites, and it only supports iOS, at least initially (Android is supported in the US, according to Braintree's web site, which also states that the transaction fees are 30 cents plus 2.4 percent, including GST).

"Going out app" YPlan reported a double digit increase in conversions after enabling One Touch.

While One Touch does make online shopping more convenient for buyers, some might consider that it makes the process too easy, giving less time for second thoughts.

It's also another reason for your customers to protect their phone or tablet with a strong passcode and make sure it automatically locks when not in use. And they should keep a close eye on their kids if they let them use the device, or the problems associated with in-game purchases could become insignificant if they start ordering expensive toys and other goodies.

Another drawback is that it requires the PayPal app to be installed on the device - and the permissions demanded by the Android version of the app are far broader than everyone is comfortable with (see, for example, Hey Paypal, why do you need access to my microphone, camera and photos? )

According to PayPal, the company has 110,000 merchants and 5.5 million account holders in Australia.