What happens with the NBN now? 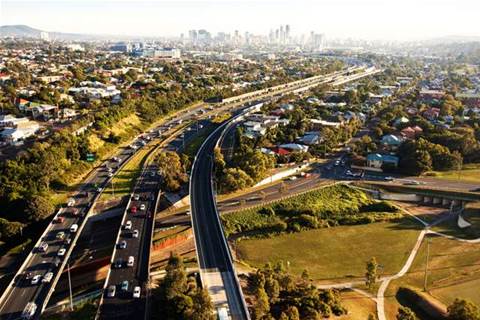 How the new Government’s NBN will be different to the existing NBN, to speeds and what happens next, here are seven things to know about the NBN now.

Communications Minister Malcolm Turnbull has issued decrees to NBN Co regarding its long term future, but what does that mean right now for the NBN and your business? Here are some common questions answered.

1. Is the NBN being cancelled?

No, but the rollout is being altered.

In line with Coalition policy pre-election, Malcolm Turnbull has instructed NBN Co to start testing copper-based technologies such as VDSL, especially for areas such as apartment and office blocks that do pose a challenge to an all-fibre rollout, and some areas that were previously on the wireless NBN rollout map.

The board of NBN Co has been reshuffled and resized down from seven members to three. The new board is now charged with holding a 60 day review to examine the NBN rollout as it has occurred before drawing up plans for the rollout to come. The timeline as set is still for completion by 2019.

2. What happens if the NBN is already rolling out around me?

Existing contracts for fibre rollout are expected to be completed up to around 300,000 completed premises, with the prospect of a further 900,000 premises that were on the previous NBN plan to still get fibre, pending a series of reviews that'll look at feasibility and cost issues.

So what does that mean? If construction has already commenced in your area it should complete, and that means you’ll be getting fibre. If  you’re on the short term (one year or so) rollout plan the odds are still good that you’ll get fibre, but they’re far from assured; the recent stoush between Malcolm Turnbull and contractor Visionstream in Tasmania shows that being on the plan may be a different creature to actually getting service.

If you're in the slightly longer term plan, we can't be as certain that this will happen. You can check the rough status of where you sit on NBN Co's three year plan here, but bear in mind that it's very much a matter of what a given contract actually says as to whether you'll end up with fibre.

3. How will the new Government’s NBN be different to the existing NBN?

Malcolm Turnbull's statement recently was that he's "technology agnostic", which we suppose could potentially mean that the mix of straight fibre and fibre to the node (FTTN) connections might not be the previously stated ~30/70 mix that was part of the platform pre-election.

Where Fibre To The Node differs from fibre to the premises -- the method used for the existing NBN rollout up till now, for the most part -- is that it uses the existing copper telephone network for the last 600 or so metres of connectivity to premises. That means it's potentially faster to roll out -- because the capital works are the trickiest part of the NBN -- and possibly cheaper, as there's less labour involved.

The downside there is that the limits of copper are being hit with broadband technologies. VDSL is a technology that can be used effectively in office blocks for download speeds up to 100Mbps with enough fibre out at the street, but that's pretty much it. By contrast, the current fibre NBN is expected to start offering packages offering 1Gbps download speeds by the end of the year to users [Ed. though you'll pay a premium for this], and that's not the limit of where fibre optics can go.

4. If I get the NBN in 5 years time, will my speed be slower than people who have NBN now?

Possibly. It depends on the connection technology used (as noted above) and to a certain extent any remediation or technological changes at the back-end of the NBN itself. The issue with VDSL and FTTN is that they're very dependent on distances in a way that fibre isn't. If you're 600m from the node, you'll get markedly different speed from somebody whose office is only 100m from the node.

5. How much will it cost to get the NBN under the new Government's plan?

That's a tricky one to quantify, simply because there aren't any NBN FTTN connections to hook up to as yet, and there's also the spectre of competition to deal with.

Current NBN plans are, on the whole, comparable to what you'll pay for an ADSL2+ connection, depending on provider and speed tier chosen, with the added benefit -- if you can get NBN now on a fibre connection -- of greater connection speeds and reliability. The only exception there is if you want an unlimited data plan; to date there's only a single provider offering "unlimited" data NBN plans, and they're a little more pricey than the ADSL2+ equivalent.

TPG has also thrown its hat into the ring in terms of unlimited NBN-style offerings, announcing plans to roll out its own fibre-to-the-basement network with claimed 100Mbps speeds at $69.99 a month. Similarly, it's been suggested by Malcolm Turnbull that Optus and Telstra may be encouraged to continue using their cable internet networks in the future in a competitive capacity.

Where that gets interesting is whether such rollouts are considered "part" of the NBN, or a competing infrastructure build. We don't know yet what that will mean for price. Perhaps competition pushes costs lower, but equally it could be that you're left with a single non-competitive choice, depending on where you are.

6. Is it true that if I pay more I will still be able to get connected to the faster fibre cable in the future? How much will I have to pay?

We don’t know at this stage.

This was a proposal that Malcolm Turnbull was open to prior to the election, citing the example of British Telecom which offers a similar kind of service.

There are a lot of questions relating to pricing and availability that are still to be answered on this; given the nature of the rolling review on the NBN, the likely answer to this question is that if you're eventually in an FTTN area it should be feasible, but we don't know what that would cost.

The prospect of user pays FTTP was certainly part of Coalition policy going into the election with a number of models proposed, but it’s still very much an open question as to what will happen pending the 60 day review.

7. What if I'm on satellite NBN? Will that get any better?

The current Satellite service was one aspect of the NBN that both sides of politics were going to leave untouched, simply because there are remote parts of Australia that realistically can't be serviced any other way.

The current satellite service only runs at 6/1Mbps, but when new satellites are launched in 2015 that should jump to a much more respectable 25/5Mbps service.