What extra features should I look for in a laser printer? 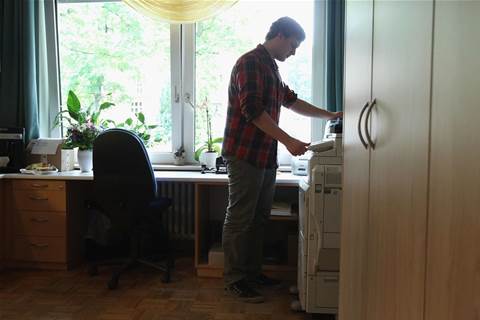 From Wi-Fi to duplexing, there are a range of extra features that might make life easier.

Brother has released new colour laser printers with claimed print speeds of 28 or 30ppm. They also have several other features that small businesses might find useful.

The family consists of three printers and three multifunctions ranging in price from $399 to $1099.

Another speed-enhancing feature of the two more expensive multifunctions (MFC-L8850CDW and MFC-L9550CDW) is the duplex scanning mechanism, which allows both sides of the page to be processed in a single pass. These two models also feature a relatively large 12.3cm colour touch screen control panel for ease of use.

All models include USB and Ethernet connectivity, and all but the cheapest printer (HL-8250CDN) also include Wi-Fi as standard.

AirPrint and Google Cloud Print are supported across the range, making it easy to print from tablets and smartphones. The high-end printer (HL-9200CDW) and all three MFDs feature web connectivity, for example to print items stored in Evernote or to scan documents directly to Google Drive.

Models in the range will be released progressively over the next three months.