Buying a router: what does "NBN/fibre ready" mean? 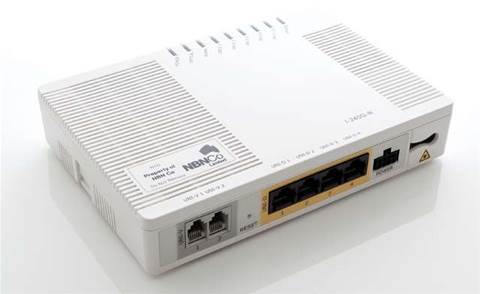 Billion have just launched four new “NBN-ready” routers - but what does that mean?

If you’re in the market for a new router, then you may come across terms such as “NBN/fibre ready”.  What does that mean?

An “NBN/fibre-ready” router means that the model sports a Gigabit Ethernet WAN port, which allows for fibre or cable connections.

NBN-ready routers are suitable for those who plan on making a shift to the NBN in the coming years as they enable you to plug in your ADSL/cable connection or share your existing 3G/4G service around the office while allowing for the ability to plug in the NBN fibre connection later on.

Two of the new routers, the Billion BiPAC 7800DXL and BiPAC 7800DX, also provide dual-band Wireless N, which Billion says can achieve theoretical data transfer speeds of up to 600Mb/s between devices.

There is also the option of transferring data or sharing the Internet connection with other PC’s around the office via the four Gigabit Ethernet ports on board.