We are all sheep: what Uniqlo and H&M tell us about Australian retail 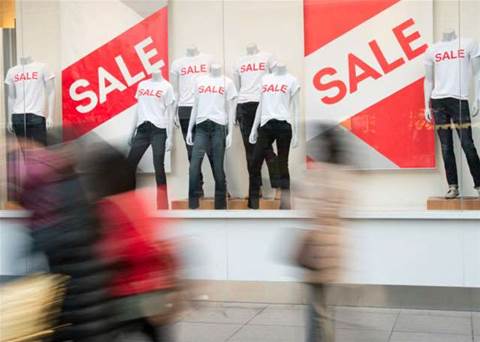 What do H&M, Uniqlo, Krispy Kreme, New Year’s Eve, and the AFL Grand Final have in common?

Scarcity. Well, at least for a short time.

And a little bit of hype, plus some tribal instincts and social modelling thrown in for good measure.

If you’re one of those people who lined up in the rain last week so that you could get some Scandinavian bargains at H&M in Melbourne, you’ll have a sense of what I am getting at (and you may also be open to the idea that maybe the future of traditional shopfront retail is not all doom and gloom.

If you one of those hundreds of people who queued up for three days at Fountain Gate in Narre Warren to be there when Krispy Kreme’s first Melbourne store opened at 6:30 am on June 22, 2006, you will also know what I mean.

If you are one of those thousands of people who line the harbour in Sydney, or squeeze into a tiny spot down at The Rocks, just so you can get a glimpse of the New Years eve fireworks through a gap between two huge buildings, then you’re already on this journey.

And if you lined up for AFL tickets…well, you get the picture. But don’t be too hard on yourself. It’s an evolutionary thing, and it is actually quite useful.

As human beings, we assume that if lots of people want something, then we need to be part of it – it is the scarcity effect at work. Humans are social animals, and although we would like to think that we are all independent thinkers, the reality is it would simply be impossible to think about everything we do in isolation, and on its merits. So, we look to others to help us decide.

If everyone in our “in-group” is lining up to buy from H&M, Zara, Uniqlo, or even Krispy Kreme, then we assume that the group knows best, so we should do the same.

Yes, we are all sheep.

But you shouldn’t be worried about that. We all do it, depending on the attitude object. For example, those people criticising the “crazy” kids lining up to buy something from H&M might be the same people who travel the world, spending thousands of dollars to see an opera that finishes where it started.

But beyond human behaviour, there is also something more specific to retail at play that is less clear.

How worried should Myer and DJs be?

The arrival of Zara, H&M and now Uniqlo, is likely to be striking fear in the board rooms and strategic planning bunkers (I’m sure they have these) of our more traditional retailers, such as David Jones and Myer. But, once the hype dies down, will these new models of retail be sustainable or will they simply go the way of the big box department stores?

It’s clear not all of these brands are the same, and there are a few different business models in there, with Zara, Topshop and H&M being about fast fashion, while Uniqlo sees itself as having a broader market, and low price model.

That said, it’s not really the detailed elements of the different brands that is drawing consumers to their stores at the moment. The key to the excitement about these openings is simply the novelty of these brands being in Australia. Although, as far as Australian consumers are concerned, it shouldn’t be that way.

As more Australians travel the world, and as we travel the internet gathering more information about retail and fashion beyond our shores, we have an expectation that we should have the same access to products that the larger markets of the US and Europe have, whether it’s clothing, technology or entertainment.

The retail sector now needs to reconfigure its business model to emulate the digital economy. But like all things in business, it shouldn’t be about copying another sector, it will be about building in the expected value from the perspective of the consumer.

The benefits that customers gain from consuming a brand’s products should be at the centre of managerial strategy. The digital economy has lots of opportunities for smart executives and directors of these companies.

Whereas in the past, anyone who did an MBA was taught the key to management was planning, leading, organising, and controlling, the reality of the consumer economy is that managers now have to also listen (to their customers), anticipate (disruptive innovation), evaluate (everything you do), and learn (from customers, staff and competitors).

So although Gerry Harvey may think there is no future in internet retail (or maybe he does), it’s not the internet retail outlet that is going to determine how the future looks, but how we use our new access to knowledge, in all its different forms.