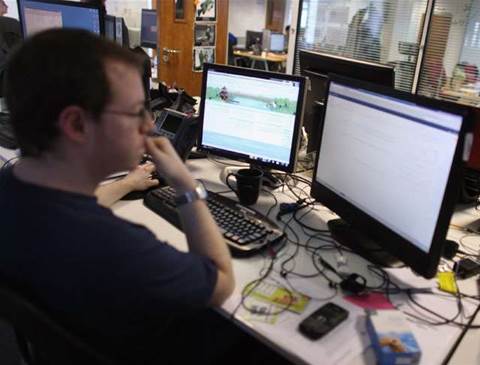 The question is, what could Australian homes and businesses do with this sort of speed?

News today that it will be possible to download at 1,000Mbps on NBN fibre by the end of the year raises the obvious question about what the speed will be used for.

The new plans "far exceed" today's NBN speeds, according to a press statement from NBN Co published today. The faster speeds will be introduced once Internet providers begin ordering the services, which will be possible from December this year.

Here is a table showing the speeds by NBN Co today:

Keep in mind that the actual price you pay, the speed you get and when you can get it will depend on what your provider chooses to offer you - these are providers like iiNet, Internode, Optus, Telstra and iPrimus.

The announcement once again raises the question for many small businesses about the point of these sort of Internet speeds.

We've already tackled this question here, but it's worth repeating - it's too simplistic to think of the potential benefit of the NBN as just raw download speed, though download speed alone might certainly be useful for some businesses.

Uploads will be a lot faster
Faster uploads are one of the key differences between NBN and ADSL, which is generally advertised with a peak theoretical upload speed of 1Mbps. There are various ways to get faster uploads right now over telephone lines - such as SHDSL - but even then you might see upload speeds less than 5Mbps. Ethernet over copper offers much higher upload speeds, but it's a business-class service that many small businesses won't be able to afford.

As the table above points out, upload speeds from 100Mbps to as fast as 400Mbps will be possible in time - that's compared to current NBN plans which top out at 40Mbps for uploads.

Not everyone needs this, but for certain businesses it could be useful - we've spoken to photographers, for example, who routinely send very large batches of files, sometimes by disc on courier when it's too difficult to do it via their computer. Which leads us to….

…backups will be faster
Among the various small business people using the NBN that we've spoken to, a common theme is the desire to backup a LOT of data online. For some, the NBN has made that a viable option, though we imagine faster upload speeds will make the task a lot less time consuming.

How much will it cost?
The above prices are "wholesale" prices, that companies like iiNet will pay. The big question is how much iiNet will charge you. We mentioned SHDSL above - as a point of comparison, Anttel currently advertises Bonded SHDSL services from $299, that's up to 10/10Mbps. NBN business grade services also generally cost more, depending on the provider - but at current prices (see a comparison table of NBN prices and plans here) it's already possible to pay for a business-grade plan with up to 20Mbps upload speeds for less than $100.

The upshot? We expect it is quite possible you will pay more than $200 for 1,000Mbps download speeds and 400MBps uploads - but then again, you will likely be getting much higher speeds than what that sort of money buys you today.

NBN Co claims 1/3 of fibre users opt for 100Mbps
To support their claim that there is a "healthy market" for faster speeds, officials have pointed out that "around a third of homes in the fibre footprint have signed up to the NBN in neighbourhoods where it's been up and running for 12 months." Make from that what you will.

Bigger role for VOIP?
Another line the people behind the NBN have been pushing is that you can use the NBN's faster upload speeds to run lots of telephone "lines" - not actual separate physical cables, but "virtual" lines running over the NBN fibre optic cable that comes into your building. Again, the key here is the upload speed. And also key is the ability to pay to make these calls special priority (there are various levels of data "traffic class"). We've already seen the first of these special "enhancements" for business use - today it was announced that more "enhancements" are coming when the faster speeds arrive. It will be interesting to see what this means for businesses.

More reading - The NBN in a nutshell: here's the quick summary...