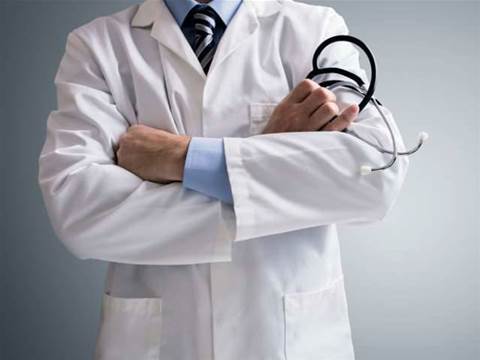 The best digital health initiatives will receive seed investment and a startup program.

The HBF Accelerator program is open to established small businesses, startups and entrepreneurs, as well as members of the public with a great idea about how apps, online services, smartphones and other technology can be used to deliver better services in the health sector.

The program kicks off with a hackathon running over the weekend of August 26-28, where teams will be given 54 hours to devise a health tech idea and create a working prototype.

The teams will be asked to create a piece of technology that either promotes lifelong health, addresses a specific health issue (such as stress, obesity or depression), is targeted at a specific life stage (such as childhood, new parents or the elderly), or improves the private health experience.

Following the hackathon, the teams will have until August 31 to submit their idea, which will be judged by a panel of industry experts, with the winners to be announced in mid-September.

The top three ideas will be awarded $30,000 of seed investment from HBF in return for a 6 percent equity stake, along with a place in a 10-week program at Spacecubed that includes office space and access to mentors.

“We plan to run it as a hackathon initially to give people an opportunity to come forward with ideas and find potential co-founders,” Spacecubed partnership and program manager Tom Riordan told BIT.

“It runs over 54 hours and people can come along, pitch ideas, form teams based on skillsets and then work towards a prototype over the weekend. It’s quite open ended, and about engaging with the community to explore these ideas and get entrepreneurs to tackle some of these challenges.”

While relatively unknown outside WA, HBF is the largest private health insurer in the state by market share, holding around 54 percent of the market. Riordan described the insurer as a “natural partner” for the program.

“A lot of bigger organisations are starting to see the benefits of doing things differently. Startups approach challenges in a different way than a corporate organisation does,” Riordan said.

“It’s also a great way to engage with customers in a different way than they normally would by involving different organisation. You feel it happening around Australia, and it’s no different here in Western Australia."

While Spacecubed has run startup accelerator programs in the past with the likes of telco Vocus and WA motoring group the RAA, the HBF Accelerator will be the first with a health tech theme.

“Spacecubed started around four years ago. We are a member-based co-working space with around 700 members and our main mission is to support 20,000 entrepreneurs across Western Australia by 2025. In the past 18 months in particular we've been growing really, really fast.

“We recently opened up a new space, and more of these accelerator programs are getting off the ground focusing on specific verticals… We recently ran a Startup Weekend focused on mental health, which was a first for Australia.”

Speaking more broadly about the state of Western Australia’s startup ecosystem, Riordan said a lot of people with skills in the resources sector are now looking for new opportunities.

“The startup ecosystem has been growing really fast over here. We’re a state that has been traditionally focused on the resource sector. But with the shake-up in that sector, we’re looking at new ways to support our state economy,” he said.

“Obviously, there’s still a lot of wealth floating around in Western Australia thanks to the mining boom, so the investment side of things is picking up now as well, so we’re seeing a lot more private investment and more opportunities to take ideas to market.”