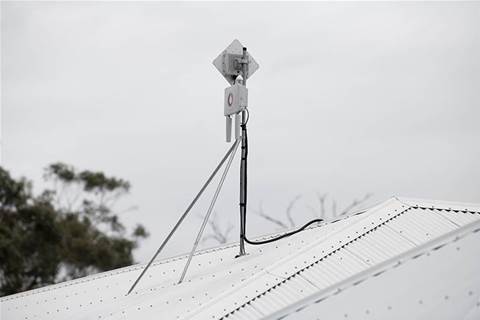 Vodafone has revisited the picocell concept, this time for regional areas.

Around a decade ago, picocells were introduced to improve 3G reception inside buildings where signals were poor, either because they weren't penetrating the walls or because the building itself was in a black spot.

A picocell works like a short-range mobile base station, but connects to the rest of the network via the internet.

Vodafone has revisited this concept and successfully trialled the Vodafone Regional Coverage Hub, which is designed with farmers in mind.

The user-installed Hub delivers 4G voice and data services in locations where commercial networks are not traditionally deployed, or where coverage is patchy or unavailable, according to Vodafone officials.

Vodafone has successfully trialled this scheme at a potato farm near Ballarat, Victoria, where two Hubs provided 4G coverage across more than eight square kilometres of a potato farm owned by Scott Dimond.

"For as long as I can remember there has never been any choice out here for mobile providers. If coverage is bad or the cost is too much, there's really no other option – you have to make it work," said Dimond.

"Having the option to look at more than one telco is an exciting prospect and the Hub has made it more realistic than it's ever been before.”

"It was really quick and easily to get up and running and I don't doubt farmers everywhere will be excited to learn that Vodafone's trial was successful and solutions to problems are on the way."

The Hub - which measures 30 x 25 x 10cm - can be installed on a roof or exterior wall, and then connected to power and an existing broadband connection. In the trial, it was used in conjunction with an NBN fixed wireless service, but Vodafone is exploring the use of NBN satellite services to make the Hub useful to businesses in more remote parts of the country.

"Providing a self-install solution removes the dependency that regional communities and farmers have on mobile operators. It gives them the power to get mobile coverage quickly and easily, without needing to wait for a mobile tower to be built or existing infrastructure to be made available for co-location near their property."

The Vodafone Regional Coverage Hub is expected to become available to customers during the second half of 2019.