Video cameras and broccoli: the supermarket of the future 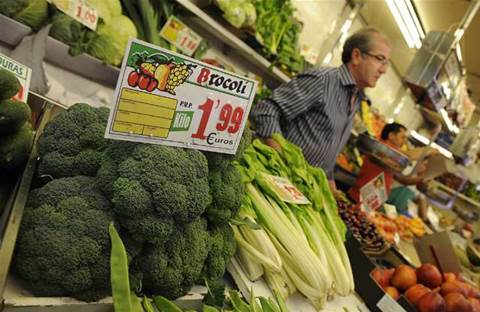 The future of supermarkets and retail could see video cameras and high-tech tracking devices used to keep a list of every single item in the shop.

Paying by phone is the cutting edge of retail, but it's only the tip of the iceberg based on what we saw today at the opening of a new technology laboratory for supermarkets and shops.

The Motorola Solutions innovation centre in Melbourne’s eastern suburbs is a place “where our customers, developers and distributors can collaborate on developing relevant technologies for the local market,” according to Gary Starr, managing director of the company’s Australia and New Zealand operation.

The centre has a particular focus on retailing and public safety, reflecting Motorola’s strength in these markets. 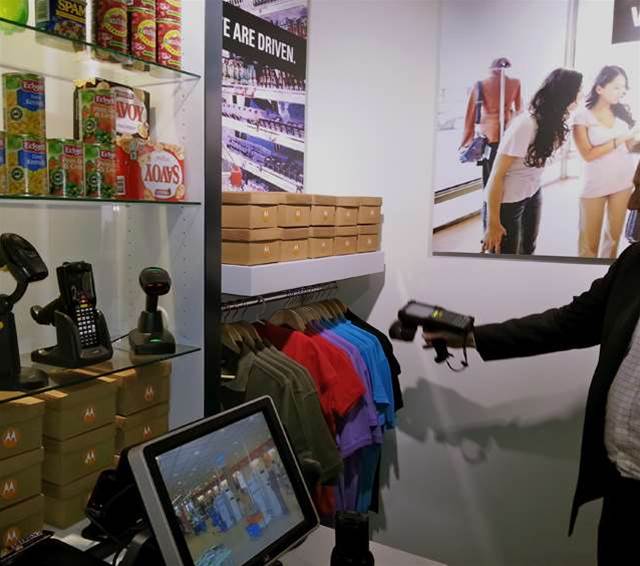 He demonstrated a scenario involving a supermarket customer scanning their loyalty card (or a barcode displayed by a smartphone app) to release a handheld device used to self-scan products as they are are added to the basket. When the device is replaced, check-out is almost instant with the transaction being charged to a previously specified card and a receipt printed.

Other benefits include the possibility of alerting the shopper when products containing specified allergens are scanned.

A second demonstration showed the use of RFID tags to maintain a live inventory of items in the store along with their location. For example, if a customer couldn’t find a garment in the required size or colour, a sales assistant could use a mobile device to quickly find out if there was one in the stockroom, and summon a colleague to bring it to the customer. That device can also serve as a mobile register and EFTPOS device allowing the sale to be completed on the spot. (The latter part may sound familiar, as Motorola is a supplier to Apple’s retail operation.)

He noted that one retailer in Europe has a video camera trained on the broccoli display to trigger a refill as soon as the remaining supply starts to run out.

“We’re giving bricks and mortar retailers a chance to fight back against online retailers,” he said.

Or as Starr put it, “Reducing complexity and using smarter applications will give retailers more time to create experiences that truly connect with shoppers and keep them coming back.”

From the customer’s perspective, “the experience is everything,” he noted.

But Peter Williams of Deloitte’s Centre for the Edge pointed out “generally, our retailers have been really bad at bringing on new technology.”

“There’s a lot of fear and loathing of technology among retailers,” he added.

One challenge is to tap into customers’ knowledge, because they trust each other more than they trust retailers. But many retail executives find social media and related technologies “too hard” and don’t understand (for example) why customers would share a photo of what they’ve just bought.

“There’s a world of opportunity for our retailers” if they take the trouble to learn what is possible, he suggested.