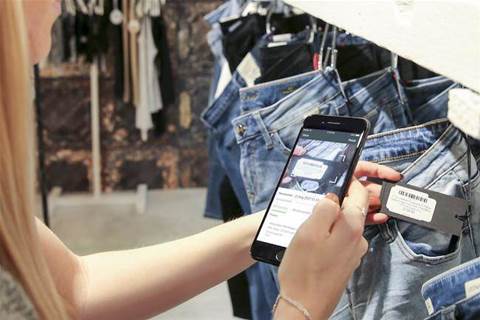 The point-of-sale provider has released a free mobile inventory counter that works with Vend and other POS or inventory systems.

An early version was released last year as Counter, which has been downloaded more than 40,000 times and is used to scan an average of 15,000 items per day.

That success led Vend to invest in making it a fully fledged product. Now renamed Scanner by Vend, the free app can either be integrated with the user's Vend account or used with any point-of-sale system.

When used with Vend, it synchronises counts, product details and inventory levels, removing the need for spreadsheets or manual entry. Multiple employees can count stock at the same time, and the counts update in Vend in real time.

Other features include easy correction of mis-entered quantities or scans, a flashlight feature to aid scanning in low light areas, and the ability to save counts as CSV files and share them using Slack, AirDrop, Dropbox and other cloud apps.

“We know that stock-taking and tracking inventory is one of the biggest pain points for retailers of all sizes,” said Vend director of inventory Jordan Lewis.

“Stock-takes can consume countless hours and most are still done using pen and paper or with expensive hardware. This means many retailers are put off doing regular stock takes, so they don't have a truly accurate read of their products' inventory levels.

“With Scanner by Vend, we wanted to create something really easy to use and accessible for all retailers that would make a big difference to their business. The response so far has been hugely positive."

Chrissy Conyngham, owner of fashion and lifestyle online boutique Flo & Frankie, said: “We hold a lot of products in our stores so stock taking has always been time-consuming. Since we've started using Scanner by Vend it's become so much faster.

“For example our team can do partial inventory counts throughout the day or when we've got a quiet period in the store, which is far more efficient than having to stay late to count every piece of stock on a regular basis. It's so simple to use alongside our POS system with Vend as well. It's made a big difference.”