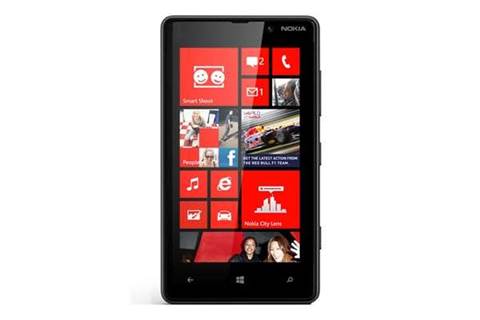 Last month about the HTC Velocity 4G $199 sale at Dick Smith, which at the time of writing made it the cheapest 4G smartphone available in Australia.

If you missed out on that deal and are still searching for a cheap 4G smartphone, here is another option.
The recently released Windows 8 powered phone, the Nokia Lumia 820 has just gone on sale at  online electronics retailer Kogan for $299 plus postage, which is more than 50% off the $649 RRP.
Newsletter Signup

I have read and accept the privacy policy and terms and conditions and by submitting my email address I agree to receive the Business IT newsletter and receive special offers on behalf of Business IT, nextmedia and its valued partners. We will not share your details with third parties.
The phone is unlocked so it will work across all carriers including the Optus and Telstra 4G network and the phone also supports Telstra's Next G.
Though the Lumia 820 is a step down from the Nokia Lumia 920, it has a number of the same features as its bigger brother, including an 8 MP Carl Zeiss rear camera.
Kogan charge $19 for postage, but be aware that Kogan estimates a delivery time of up to 4 weeks.
You should also be aware that the phone is an "international model" imported directly. We have written about buying phones and tablets from sites that import directly, rather than from established sales channels such as Optus and Telstra, here and here.
Copyright © BIT (Business IT). All rights reserved.
Tags:
4g 820 cheap hardware lumia nokia phone
By Krishan Sharma
Mar 29 2013
1:05PM