Toshiba laptops to get “Cortana button” ahead of Windows 10 launch 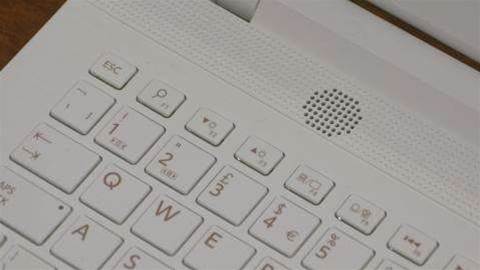 Toshiba introduces 12 new laptops, all aimed at getting the most out of Microsoft's digital assistant

Only one of the pre-production demo units at the launch event I attended was adorned with the new key, and Cortana wasn't yet active on the machines. I was told, however, that pressing down and holding the “Quick access” button (the F1 key with a search icon on it), would launch Microsoft's digital assistant, ready for action. 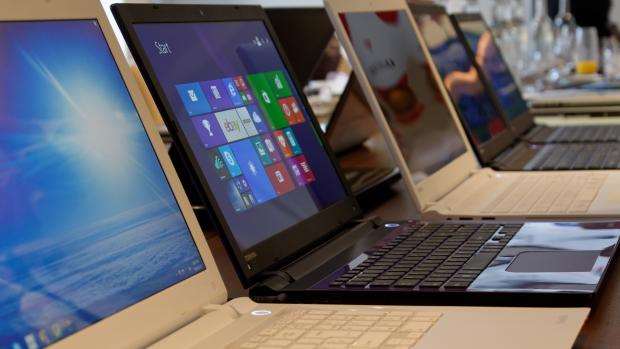 The revelation came during the unveiling of Toshiba's new Satellite laptops, which will initially come with Windows 8.1 preinstalled, but will be upgradable to Windows 10 for free when Microsoft's new operating system is launched.

The pick of the new models is a 15in Windows hybrid: the Toshiba Satellite Radius 15. The Radius – whose lid and keyboard surround is clad in brushed aluminium – has a 360-degree hinge that allows the laptop to be used in a number of different configurations.

The Radius is also equipped with an IPS touchscreen with Full HD resolution, and the most powerful models will have fifth-generation Intel Core i5 processors, 16GB of RAM and a 2TB or 256GB SSD. 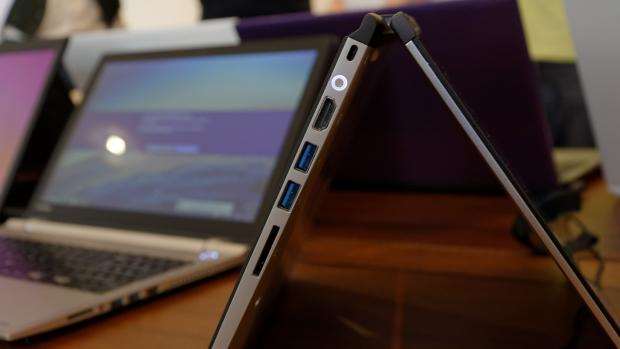 Aside from the Radius, Toshiba unveiled 12 laptops across three other ranges. The low-end 15in and 17in Satellite C portables, which will be the first C Series machines to have SSDs as an option, will be powered by Intel Broadwell CPUs up to Core i5, while some will feature the new AMD Carrizo processors.

Those who enjoy the odd game will be pleased to see that the Satellite L comes with Onkyo speakers which have been “tuned by Skullcandy”, and will have the option of being specified with a separate GPU – up to an Nvidia GeForce 930M with 2GB of dedicated VRAM. 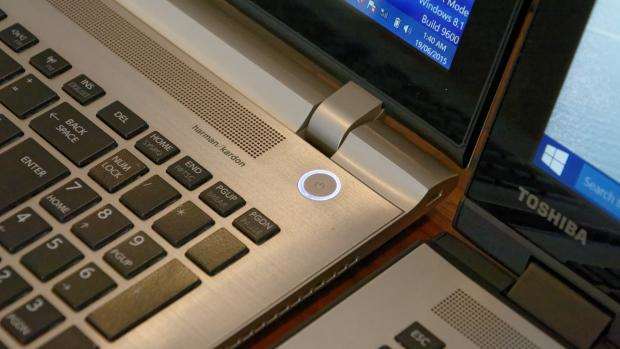 The Satellite P Series also catches the eye, in particular the P50t-C. Toshiba's premium Satellite model will have a high-DPI 3,840 x 2,160 IGZO touchscreen that's factory-calibrated. It will be available with up to fifth-generation Intel Core i7 processors, Nvidia GeForce GTX 950M graphics and Harman Kardon-branded speakers.

Expect these sleek machines in stores some time in Q3 or Q4.

I have read and accept the privacy policy and terms and conditions and by submitting my email address I agree to receive the Business IT newsletter and receive special offers on behalf of Business IT, nextmedia and its valued partners. We will not share your details with third parties.
Copyright © Alphr, Dennis Publishing
Tags:
best laptops digital assistant hardware intel processors microsoft satellite c toshiba toshiba laptops toshiba satellite
By a Staff Writer
Jun 19 2015
2:22PM