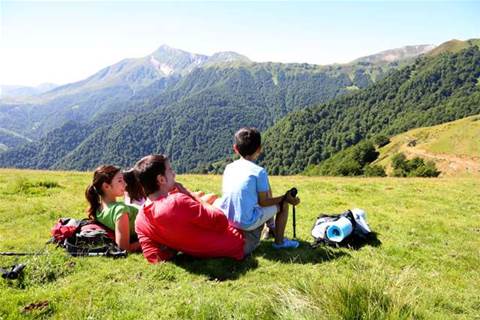 Few of us give much thought to our 'out of office' email messages, but they can be seen by hundreds of people. Here are ten 'out of office' mistakes that we're all guilty of.

Chris Meredith, CEO of officebroker.com, outlines the top ten 'out of office' mistakes that we're all guilty of.

The out of office email message seems to be such a simple thing. So simple in fact that most of us give it little thought. At best it’s dashed off in five minutes at the end of our final day at work before we start our holiday. At worse it’s forgotten altogether.

But when composing your out of office message it’s worth remembering that this single email will probably be read by hundreds of recipients. Here are the top ten rules to follow to avoid making a heinous 'out of office' mistake:
Newsletter Signup

I have read and accept the privacy policy and terms and conditions and by submitting my email address I agree to receive the Business IT newsletter and receive special offers on behalf of Business IT, nextmedia and its valued partners. We will not share your details with third parties.
1. Don’t forget to set one up
Sounds obvious but all of us have probably forgotten to set our out of office up before a break at some point or other only to return to find messages from annoyed contacts who thought we were ignoring them.
2. Forgetting to say when you’ll be back
You need to let people know when you’ll be back in the loop again right?
3. Getting the dates wrong
This is worse than forgetting to say it altogether because it makes you look stupid. We often get out of office messages from people promising to return before they depart.
4. Going into too much detail about why you’re away and where you are going
It’s just thinly veiled bragging. No one is remotely interested.
5. Being rude
You may be out of the office but that’s no excuse to be rude to people. Your out of office needs to say please and thank you. Also avoid jargon and office speak such as you’ll ‘revert’ when you get back.
6. Being too friendly
Workers often write out of office messages with their friends in mind so the tone is casual and informal. They forget that this message will be sent to everyone who gets in touch over the coming weeks so it needs to be professional. No ‘mate’s or ‘darling’s.
7. Forgetting to give alternative contact details
Just because you aren’t there doesn’t mean the business has to grind to a halt. So remember to give the details of someone who can manage inquires if you aren’t there. This leads us neatly on to sin number eight…
8. Forgetting to tell your alternate contact that they are your alternate contact
There is no point in giving your boss’s contact details without even telling her. Even worse she could be on holiday too.
9. Trying to be funny
Out of office messages should be clear concise and polite. But they don’t need to be funny unless you’re a professional stand up.
10. Forgetting to turn the darned thing off
You’ve had your holiday and now you’re back in the office. But your email keeps telling people you are still away. We’ve seen these go on for weeks and even months after someone’s return. Turn it OFF.
Add your comment below.
Copyright © Management Today. All rights reserved.
Tags:
email out of office
By Rebecca Burn-Callander
May 20 2013
11:05AM