Too good to be true? Introducing the $179 Android Ice Cream Sandwich tablet 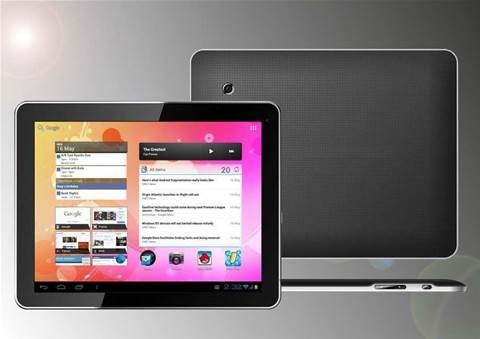 Kogan's latest 10in Agora tablet range starts at just $179 and runs on Android 4.0. But what are you getting for your money?

"While the new iPad is no doubt resolutionary, it does come with a comparatively hefty price tag,“ Kogan Technologies' founder Ruslan Kogan said in a statement. "...We’ve been working hard to bring the latest technology to everyone, not just those who can afford $800 for a gadget."

So what does the new Kogan Agora tablet give you for $179? On paper at least, the specifications are surprisingly robust. In addition to the aforementioned Android 4.0, both models come with a 1.2 GHz Cortex A8 processor, front and rear (2MP) cameras, inbuilt WiFi (802.11b/g/n) and 1GB of RAM.

Connectivity is also impressive, with USB 2.0, HDMI, MicroSD and a 3.2mm stereo headphone jack present. Battery life is rated at eight hours, though we'd naturally take that with a grain of salt.

Interestingly, Kogan claims that the new Agora tablet range was designed in Melbourne, Australia. We spoke to a Kogan public relations rep who confirmed the actual hardware was designed locally (rather than just the UI or pre-installed apps).

Naturally, the success of these new Agora tablets will come down to the responsiveness ﻿of their capacitive touchscreens -- this is the chief stumbling block faced by entry-level tablets. We'll endeavour to get our hands on a review model and return with a full verdict.