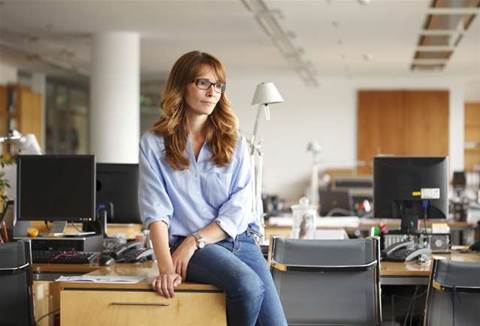 Australian women have to work an extra 66 days each year to take home the same amount as a man.

Women in full-time work take home A$283.20 per week less than their male counterparts, according to the Workplace Gender Equality Agency, which puts the gender pay gap at 18.2%. Put another way, Australian women have to work an extra 66 days each year to take home the same amount as a man. More disturbing is that the gender pay gap is increasing. Ten years ago the gap was 14.9%.

Organisations are able to pay employees as they think without having to justify the pay to employees.

Under pay secrecy, conscious or unconscious bias and stereotyping can affect pay decisions. Managers are able to apply criteria that have an adverse impact on women, such as using “face time” (time in the workplace) as a measure of employee value to the organisation.

The information asymmetry between the employer and the employee makes it difficult for women to compare their pay to similarly situated employees. In the absence of information women cannot challenge illegal practices by organisations or seek better pay elsewhere.

Second, pay over and above base pay is typically based on employee performance. Research shows women are less likely to get a high performance rating relative to their male counterparts. In fact, they are more likely to receive critical feedback.

Third, money goes to those who negotiate better. Pay secrecy requires individual employees to play a greater role in the pay determination process, for example negotiating their performance rating or the amount of performance payments.

Women are socialised not to negotiate – they assume they will be recognised and rewarded for good performance. A 2003 study entitled “Nice Girls Don’t Ask” found that 57% of men negotiated their pay while only 7% of women negotiated. Women are more likely than men to accept the first offer. Managers, believing that women will accept less than men typically make lower opening offers to women.

When women do negotiate, they frequently adopt an accommodating style that is less likely to deliver the economic benefits of the more competitive negotiation style adopted by men. Women who do negotiate may be labelled as “bitchy" or “pushy” resulting in them being ostracised or excluded from important information. Being less liked results in lower performance ratings and lower wages.

The current Australian government takes the view that organisational accountability will reduce the gender pay gap. The Workplace Gender Equality (Minimum Standards) Instrument 2014 will apply to employers with 500 or more employees from October 1, 2014. Minimum standards represent the standard expected to achieve a particular objective. In order to meet the minimum standard, an employer must have a policy or strategy in place that specifically supports gender equality in relation to equal remuneration between women and men.

Australia has had equal pay laws since the 1970s and these have been ineffective in eliminating the pay gap. It is hard to see how the reporting of pay data is likely to have any impact on the gender pay gap. According to the Australian Bureau of Statistics, of the 563,412 businesses in operation at June 30 2013, only 3,598 businesses employed 200 or more people. Most employers will not have to comply with the Minimum Standards Instrument.

A more effective approach is to remove restrictions of the sharing of pay information. The US and the UK have introduced provisions to promote pay transparency.

In the US in April, President Obama issued an executive order designed to reduce the gender pay gap. Obama ordered federal contractors to let their employees share salary information with one another and to disclose more details about what their employees earn.

The Lilly Ledbetter Fair Pay Act was passed by Congress in 2009, meaning in the US employees subject to pay secrecy policies are allowed to seek compensation for the full duration of discrimination. This is because women may be subject to pay discrimination for many years before finding out and taking action.

In the UK, the Equality Act 2010 makes pay secrecy provisions unenforceable against employees who make or solicit a “relevant pay disclosure”. Women cannot be treated unfairly when they attempt to establish whether there is a difference between their pay and that of a colleague, based on any discriminatory grounds.