You can install it via Windows Update or, using a free software tool, via a DVD or USB key. Here's how.

Your PC might have offered to install the update already, but there are other options.

The simplest and safest option is probably to use Windows Update. Go to Settings > Updates & Security > Windows Update, click Check for Updates and wait. If all goes well the Windows 10 Upgrade Assistant will appear to walk you through the update.

(We’ve seen a problem where the Upgrade Assistant gets stuck in a loop, saying it’s looking for a new version of itself, then restarting, checking, restarting again, and so on. If this happens for more than a couple of minutes on your system, don’t wait, reboot your PC and try again.)

If the Check for Updates option tells you there’s nothing available, click the “Learn more” link further down the page. You’ll be taken to a web page with a “Get the Anniversary Update now” button which downloads an update tool.

The other two options are to build your own Windows 10 installer on an ISO image (for use on a writeable DVD, for example) or on a USB key – making it easier to update other systems. As with previous Windows builds, you can do this with Microsoft's free Windows 10 Media Creation Tool. 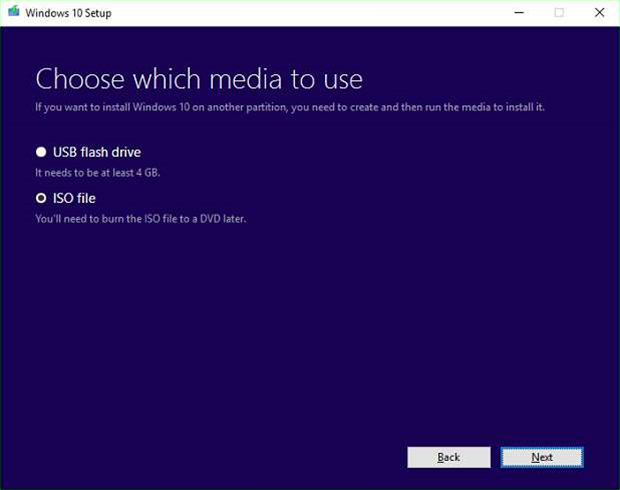 This isn’t the same as a ‘real’ Windows setup disc. You must choose the Windows 10 edition, language and architecture (32 or 64-bit), for example – it won’t support them all.

The update proved quick and easy for us, but we’ve had our share of issues with Windows Update, so be careful. Back up your system before you start, and give yourself plenty of spare time to investigate any problems.

Windows 10 Media Creation Tool for Windows 7, 8.1 and 10 is available for download from Microsoft's site (where you can also find further instructions).