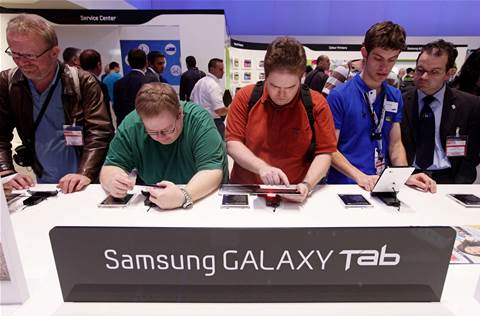 Samsung's Galaxy 3 Tab is a worthy alternative to Apple's iPad 2. It is lighter, has a sharper screen and expandable storage

Samsung has just announced specifications of its new Galaxy Tab 3 10.1 Android tablet.
So how does Samsung’s latest offering compare to the iPad? Well, before we get into direct comparisons it’s important to note that like its predecessor, the Tab 3 is very much an entry level tablet especially when compared to other high-end Android tablets such as the Sony Xperia Tablet Z, Samsung’s own Nexus 10 and, of course, Apple’s iPad 4.
Newsletter Signup

I have read and accept the privacy policy and terms and conditions and by submitting my email address I agree to receive the Business IT newsletter and receive special offers on behalf of Business IT, nextmedia and its valued partners. We will not share your details with third parties.
With this in mind, here is why you might want to consider the Tab 3 over Apple’s entry-level model - the iPad 2.
Expandable storage
As is the case with the iPad 2, the Tab 3 starts from 16GB of internal storage.  However, the small amount of on-board storage is less of an issue on the Tab 3 as it also offers the option of adding more storage via the Micro SD card slot, something that Apple tablets do not offer.
Lighter and smaller
The Tab 3 is only 8mm thick and weighs in at 510grams in comparison to the iPad 2, which weighs slightly more at 601 grams and is slightly thicker at 8.8mm.
Sharper display
Samsung is using the same panel as it used in the Tab 2, which means a 1280x800 display that will easily outperform the iPad 2’s 1024x768 panel. The benefit to users is that text will look sharper and web pages should scale better on the Tab 3.
While Samsung hasn’t yet released local pricing, we would expect the Tab 3 to sell for about the same price as the iPad 2, which currently retails for $429.
Samsung will also be releasing the Tab 3 with an 8” display in addition to 32GB and 3G/4G variants.
Copyright © BIT (Business IT). All rights reserved.
Tags:
101 3 galaxy hardware samsung tab tablets
By Krishan Sharma
Jun 11 2013
10:42AM